Cheep at the price

I struggle with banality. I struggle with reading it; I struggle with writing it. I struggle constantly with how to avoid it so that everything I write is interesting, crisp, original and effective. I fail constantly, I know.
In the week that I became a fully feathered member of Twitter, the challenge is there on a daily basis: how to craft something that short, that fast, and yet be illuminating and important.

In what has been my personal TweetWeek, a story has been going round and round my head.

There was a girl. Strikingly attractive, with strong, clear eyes, she made you turn towards her when she entered a room. Smart and just a bit flirtatious, she was full of panache and sparkle, despite the rigid grip of her corsets and the grab of clips on her long dark hair.

She ‘walked out’ with a man called Joe. He was quite a few years older than her, tall and upstanding. His stiff collar emphasized the ramrod of his back, the restraint of his speech, the frown of his considered manners. Joe was a catch, with ambitions far away, a world to conquer, and he needed a desirable young woman at his side. How could she say no? It would have been a dereliction of duty, of common sense, to say no when it was high time she stepped away from her father’s protection. A ring was given and accepted.

And then she met his brother. Ten years younger than Joe, Wilfrid was a young doctor – an obstetrician and anaesthetist – who spoke with his hands and smiled with his eyes. He was so much more . . . like her? Or perhaps just so much more in general. Somehow, in this world of formality, they knew. How could this happen? It was never expected, and it could never be accepted. In trepidation she asked her father – could she change her mind? Could she be with Wilfrid and not Joe? She had made a mistake – surely she would not have to pay with the rest of her life?

Her father, all mutton chops and implacable as an oak, told her straight. ‘Daughter, you gave your word. There is no way out when you’ve plighted your troth. You are Joe’s, and Joe is yours, until death do you part.’

They married, and war broke out. Wilfrid volunteered immediately and headed to France, now a temporary captain who would lead a team of medics and stretcher bearers into the vilest hell-holes on earth. Through the Somme, Arras, Messines Ridge, to Passchendaele and Ypres, he toiled in the mud among mangled men with their limbs blown off , corpses impaled like rotting rats in the filth. Wilfrid’s life seemed charmed as he dodged and dived, and he became known as a man of great courage and humanity, even under fire, and he had total dedication to gathering in the wounded who lay gasping in the earsplitting loneliness of night. He was awarded the Military Cross, one of war’s highest honours. 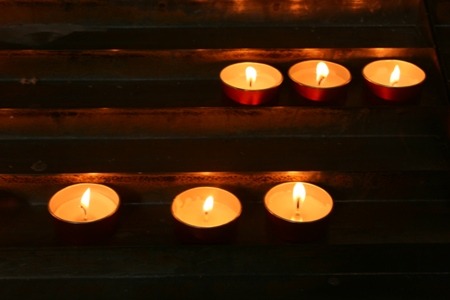 A few weeks later, on October 1, 1917, at around dusk, Wilfrid set off into No Man’s Land, a sergeant at his side. They were the nearest aid post and men were out there, terribly injured; a few minutes or maybe hours would decide whether they lived or died. Ill-prepared, the two men stumbled in the gathering dark, losing their way – and found themselves much too near an enemy position. Flinging themselves into a shell-hole they pondered what to do. Run like crazy – or wait till nightfall and slip away. Wilfrid as captain was the decider, and he was always going to run rather than wait.

Five steps out of the hole and he was hit, straight in the chest, by a sniper’s bullet. There were no words, no grand ending – just instant death in the dark slop of mud.

The girl was devastated when she heard. She wrote to everyone she could think of to find out what had happened to Wilfrid. Exactly how he died, where he was, what he said, and where his last resting place would be. And answers came back – from his commanding officer, the sergeant who had been there and lived, from the men with whom he served. Wilfrid was someone special and irreplaceable and it was a terrible blow.

The years went by. Joe left the girl, and their three children, for someone much younger. She struggled home alone from India, impecunious, striving to make ends meet in a time when women generally didn’t do things alone. Joe didn’t really honour his commitments, he proved elusive, and the endless shuffle for resources became a defining mark of the passing years.

My grandmother – because that’s whom the girl was – died on Armistice Day in 1985. I often sat and listened to her stories – of two world wars, two men called Joe and Wilfrid, her years in India, the sinking of the Titanic – and so much more. But I was always fascinated by the decisions she had to make and the life she might have had with her young doctor, if he had lived, if she could have followed her heart and not the cold conventions of her time.

And now I have an envelope of letters – so flimsy and aged I must handle them with the utmost care. Letters from that sergeant who was with Wilfrid when he fell. Cuttings from the newspaper, including a photograph of Wilfrid, looking out at me with his kind, steady eyes.

In 2002, clad in a bright-yellow rain poncho, I squelched through a monsoon up a muddy hillside in Sri Lanka’s northern tea country. After a quest of several weeks, and guided only by one cryptic letter and a cracked sepia photograph, I had tracked down Joe’s grave. As I stood there, a world away from everything I knew, I felt profoundly moved. I had come so far and in some way had found my grandfather, a man I never knew but who had such a deep effect on my family for so many years. I wanted to know him and understand him – and perhaps thank him, because whatever else he did or didn’t do in life, I wouldn’t have been me without him.

And now, thanks to the Commonwealth War Graves Commission, I know exactly where Wilfrid lies too, in a small cemetery down a quiet lane in what was Flanders, now Belgium. I know that before too long I am going to find him and tell him I bring love from several generations of our family, including my sons whom I’m certain he would have liked. Wilfrid is not forgotten, we have handed on his story, and to be remembered and talked about three generations after his death is the only and best gift we can ever give him.

This is one of my stories. What are yours and how will you tell them? Because from this texture comes the novels we will write and how we will choose to write them.

So perhaps you can see my problems with Twitter. A few ‘characters’ – 140 – to tell the story? My lip curls. But I’ll keep trying, so please be gentle. And should you wish to join me in my quest, you can find me here – http://twitter.com/SarahGreenhouse. 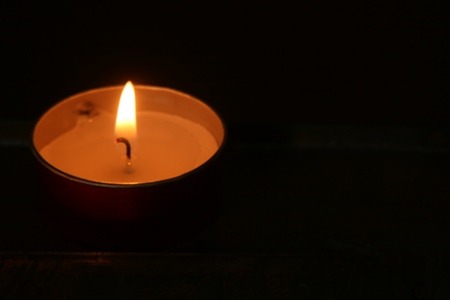