A good time was had by all at Southern Breeze’s Spring Mingle 2011 last weekend. At least, I’m presuming everyone else enjoyed it as much as I did!
Southern Breeze is the bit of SCBWI that covers Alabama, Georgia and Mississippi, so southern accents and warm hospitality aplenty in what I thought was a brilliantly organized conference. Thanks to Heather Kolich and her team – and especially to Sharon, my Guardian Angel (yes, she was literally designated as that!), whose job it was to make my life incredibly simple and pleasant for the weekend. Wow, everyone needs a Guardian Angel Sharon in their life! I just wish I could have packed her in my suitcase and brought her home with me, where she is sorely needed . . .

One of the things I always enjoy about conferences is getting to know the other faculty members, and this faculty was small, so we spent a lot of time together. ‘We’ being Erin Clarke (Knopf), Katie Carella (Grosset/Penguin), E.B. Lewis (award-winning illustrator), and Lindsey Leavitt (Greenhouse author of PRINCESS FOR HIRE/SEAN GRISWOLD’S HEAD). We rocked that tricky First Pages panel, didn’t we!

Anyway, I digress. Friday night, when we still had a modicum of energy left, everyone piled into the hotel bar – perfect for bookish discussion and bonding. Nursing my glass of wine, I decided to strike out and talk to random people, in the knowledge that writers get very few opportunities to talk to people in the industry, so it was time to make myself available.

I got into a conversation with a lovely group of people, and soon found myself holding forth about various aspects of the Greenhouse and the publishing world, in particular the foreign-rights scene at Bologna.

Suddenly I realized this was a one-sided conversation and that there were some very blank faces looking back at me. I stopped mid-flow, and a nice man piped up: ‘Sorry, but what exactly are rights?’

At which point I was reminded of how easy it is to make assumptions about what people know, and how very opaque this business is. I set about explaining and, though I’ve covered it before in this blog, I shall do so again now for any of you readers who feel as lost as those new friends in the bar.

Pick up a book and look at it. What do you see? Paper and print?

When I look at a book, I see two things. 1) A story that is also a work of art. 2) A bundle of very diverse rights.

A BUNDLE OF RIGHTS? Weird, huh!

Let’s start this week with territorial rights, which form what we might call the ‘primary deal’. I’ll do my next post on the other rights, since the subject is too big to cover at one go.

The English-speaking world tends to be divided – in publishing terms – into two chunks.

1) US and Canada (ie, North America)
2) UK and Commonwealth. Here is a list of the Commonwealth countries: http://www.commonwealthfoundation.com/Aboutus/TheCommonwealth/Commonwealthcountries

In fact, Canada can be sold separately, but is generally grabbed by either the US deal or the UK deal, so it depends who gets there first; I tend to reserve it for the USA.

English-language Europe is highly contentious (you know, there are quite a few English speakers in mainland Europe and there’s a market for those readers) – both the US and UK would love to include it in their rights package! In that instance, Greenhouse tends to reserve it for the UK deal – their market is smaller, and some UK houses actually call it a ‘deal breaker’ if they can’t have it.

There are some smaller countries that float in between these North American or UK/Comm territorial bundles, depending on the deal and the houses involved, and those we call ‘Open Market’. In other words, both the US and UK publishers can sell there, though often there will be contractual restrictions on WHEN each side can sell, so one side doesn’t outstrip the other and grab all the sales.

As you can imagine, there is often some fierce discussion at contract stage about exactly which pieces of the territorial pie belong to whom (and one reason you have an agent is so you can put your feet up and have a cocktail while your agent does the rough stuff).

And then there are Translation Rights. In other words, deals done in countries that are not English-speaking. These we also call Foreign Rights. A huge amount of time is invested in seeking such deals, they are frequently fiddly, and they are done for us by our sister company, Rights People. If you saw a printout of exactly where our books/manuscripts are on submission at the moment, you would be amazed. For example, we’ve recently had one manuscript on submission to 30 publishers (always at their request) in France alone. You can imagine the volume of stuff we have out there at any one time!

Many translation-rights deals are small – $5000 or less. But you can do better financially in some markets – like Germany – than with your primary deal. And those deals can really mount up in value, if you have a sought-after property to sell.

OK, so those are the rights parcels. But suppose you DON’T parcel up the rights. Suppose you sell all territories at one fell swoop? 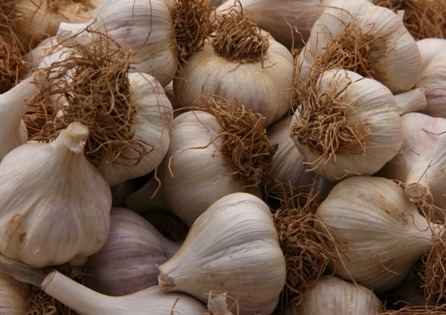 That is called World Rights.

There are rare occasions when the Greenhouse sells World Rights to publishers (perhaps we’ve been made an offer so good that it’s hard to recommend to our author that they turn it down). But in the main, we parcel up those rights and sell them separately on a territory by territory basis.

Why? Because we can generally make our author more money that way.

If Greenhouse sells Translation Rights for you, you will keep 75% of the monies. If your publisher sells those rights for you (under a World Rights model), you will keep 70/75% (depending on the publisher’s customary split) minus your agent’s regular commission of 15%. In other words, you will actually take home 55% or 60% of the deal money.

Yeah, well. You have to see this issue in the round. There are many questions to ask yourself. Like . . .

Are you able to get a deal on your own, in a timely way, without an agent’s help – given it’s almost impossible to get your manuscript into the hands of a publisher?

Are you able to negotiate optimum terms for yourself? In the obvious question of Advance, but also royalties and all the other terms, splits, safeguards, out-of-print/ remainder etc etc etc clauses that will determine your long-term writing destiny.

Are you able to liaise knowledgeably and confidently with your publisher on all issues regarding the process and management of your book(s) and career?

Having been in this industry for 30 years, on both sides of the desk – and having worked with countless authors, both bestselling and debut – I can honestly say that a good agent at your side will be an investment you are very unlikely to regret. And I know quite a few authors who did decide to go it alone, and ended up in a bit of a mess!

Your book is like a pie; a pie of potential slices. And we love to carve up that pie and market those slices. Give us a great book and the slicing can be really lucrative for you!

But talking of pies, I’m reminded that it’s Sunday night and I deserve a good dinner, a pair of slippers and a little zoning out before the Monday Madness starts. 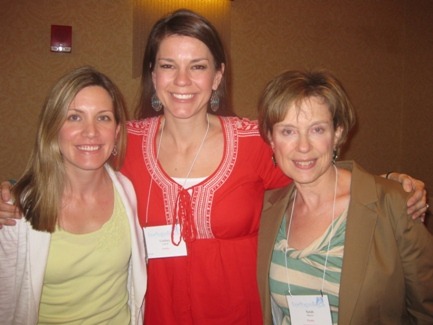