It’s been a crazy Spring – tons of travel, arguably too many conferences (despite all three being very good), and a succession of deals coming from the Greenhouse both at home and abroad. It’s all great, we are awash with opportunity, but it’s taken a toll on blogging. I’m very happy to have a period of quiet through May and June and will hopefully be able to return to my habit of blogging weekly. I’ve missed it!
To see what we’ve been up to in more detail, do make sure to follow us on Facebook – our address is http://www.facebook.com/pages/The-Greenhouse-Literary-Agency/359292813053.

The overwhelming feeling I have this Spring, as we slide into Summer, is one of positivity and energy. In honour of that, all the pics on this post are of things that make me feel outstandingly excited and positive. See below to find out more about them!

Let’s start with Bologna, which was great and we had lots of lovely comments about our upcoming titles and the books/authors we’ve already sold. Industry professionals around the world seem to be liking our taste and what we offer – very encouraging to have so much affirmation that we’re on the right track.

It brought me up short because anyone who hangs around Twitter will know that many editors are hard at work editing at weekends, and the experience of our authors is overwhelmingly that today’s editors are incredibly precise, rigorous and dedicated as they go over and over texts in often multiple revisions. Plots are dismembered and reincarnated, editorial axes are taken (painfully) to dead wood, and no detail is spared in the exacting quest for the best possible manuscript.

I hate this negative stuff about editors – most do their utmost, often at considerable personal sacrifice of time and leisure, and we should give them a loud cheer for going beyond the call of duty (especially since not many are exactly earning a bomb of money). However arduous and scary a major revision can feel, all our authors have ultimately been delighted that they were asked/cajoled/persuaded into getting dug into their stories again and again. You will meet very few writers who won’t one day say, IT WAS ALL WORTH IT!

The thing about publishers paying ‘smaller advances’? Well, I’d only say subscribe to Publishers Marketplace and you’ll see no shortage of deals being done – again a great feeling of acquisition energy. I recently had two publishers in one week contacting me to say, ‘We have money to spend, what can you sell us?’ And several more emailing: ‘It’s Spring – bear us in mind for any great manuscripts.’ While we shouldn’t get too fixated on those 6-figure deals, they are popping up everywhere too! Realistic advances? I can live with that – and your first royalty statement (ie, what is unearned) won’t look so terrifying either. 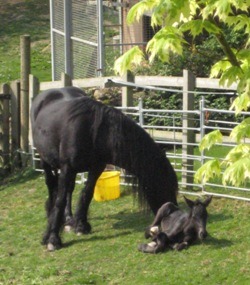 A pervasive sense of gloom can also be detected at times in my submissions inbox – a small percentage of (usually scrappy) queries written by people who say things like, ‘I know the submission process is all a lottery. My chances of being picked for representation are about a million to one.’

I want to grab those people, give them a shake – and then put a kindly arm around their defeated shoulders. No – it’s NOT a lottery. It’s a weird, commercial kind of meritocracy, where writing skill, great ideas, WILL be spotted and ultimately win out. However, there’s one big proviso: the submission in question has to be something I personally feel I can sell, at a time when I can do it, and you the writer, full justice.

At my conferences this Spring I’ve talked about novelist Graham Greene’s theory of ‘emotional compost’. That each of us has our own personal history, experience, attitudes, perception, tastes – and that we READ from that place (authors WRITE from there too). This means that we all react to stories differently; even editors and agents have a surprising range of opinions about the same manuscript. So what I’m trying to say is – I can only take on the small number of manuscripts that hit that sweet spot for me personally – and I will inevitably make different decisions to other agents on some work.

The decisions we make have nothing to do with the writer’s worth as a human being (though I’m guessing it must sometimes feel like that as most rejections and setbacks in life do). They are commercial decisions and very carefully considered.
But not, for one moment, is the submission system a lottery! If you write something fabulous and unique, we – or another agent – will find it. And it’s worth reiterating that virtually all the authors Greenhouse represents came to us through a simple query.

The sun is shining. I was in London for the royal wedding and saw all the country come together in thousands of parties – in parks, pubs, and streets. I saw a gorgeous wedding dress on a beautiful girl – and some truly insane hats. I stood in a field in the deepest English countryside waving my cellphone in the air to catch a signal and a call from New York that would transform the life of a debut author thousands of miles away.

Positive? You bet I am. 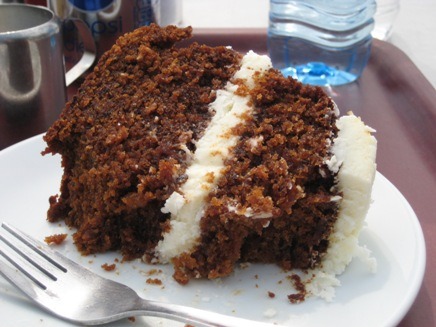 Pix: Sarah’s gallery of positivity: 1) Royal Wedding pic sneaked into a hair stylist’s window in my English home town; what fun that day was! 2) A foal, one hour old, in my favourite English village; such a happy memory. 3) The most gigantic piece of carrot cake, consumed with ease in the sunshine beside a pebbly beach. All the sweeter since I haven’t allowed myself cakes in weeks. FANTASTIC!!