The buzz of summer

Firstly, I should say – for the avoidance of doubt – that this photo has nothing to do with anything bookish. I just wanted to give you an image of summer coming; a young Greenhouse dachshund enjoying himself. We have to keep things in perspective, right?
Just back from nearly a week in New York, seeing editors, chatting with other agents, and hauling my weary self around the alternately chilly/stuffy vastness of BEA. If there were prizes for the world’s least popular buildings, the Javits Center would be right up there.

Tempted to go to BEA one year? Sure, you can pick up ARCs and go to signings, but a weird kind of hallucinogenic disorientation sets in once you’ve shoved your way through the tightly packed millions, without natural light, for eight hours or more. And the bathroom line? Are you female? Forget it. Anyway, you’ll be fine, since the lines to buy coffee are several miles long so your liquid intake will be minimal.

Whinge, whinge. But in spite of the Javits, it was a great trip – met lots of new people, went to the brilliant Macmillan and HarperCollins parties, breakfasted with editor Erica Sussman of Harper, lunched with editors Alexandra Penfold (S&S) and Stacie Barney (Putnam), dined with my agent buddy Jennifer Laughran and colleagues from Rights People who were in town . . . . Oh, and lots more good stuff.

(Sorry, I know it sounds like a gastronomic tour of New York and you wouldn’t be far wrong.)

So what is the good word from the Big Apple this month? What are all those editors seeking – what’s hot and what’s not?

Well, the first thing I have to tell you – as always – is that if your manuscript is great it will sell. Which will make you roll your eyes with frustration, obviously. Every ‘rule’ is ripe to be broken if you present me with a great, original concept and quality writing, and it’s the pairing of those two factors that everyone seeks.

Editors will tell you that dystopia is getting really tricky – so much is starting to publish, there are some serious frontrunners in terms of sales (obviously THE HUNGER GAMES and MATCHED, but now DIVERGENT is making inroads on the NYT Bestsellers), and lots more publishing later this year and next.

And yet . . . . a couple of weeks ago I did a major six-figure, 3-book deal for Sarah Crossan’s YA novel BREATHE (sold to Virginia Duncan/Martha Mihalick at Greenwillow, HarperCollins), and my email has been ablaze with film interest. We’re also about to announce a deal for UK/Commonwealth this coming week (congratulations, Julia, for that one!).

So what does BREATHE have that other futuristic manuscripts don’t? For starters, a great concept – a world without trees where oxygen has become a valuable commodity, where the rich breathe easily, the poor struggle painfully with thin air, and where wrongdoers and misfits are thrown out of the inhabited glass pod to suffocate alone.

Told from the perspectives of three teens who set out into the Outlands beyond the pod, with just two days of oxygen in their tanks, it’s an exciting and very original story. And yes, the writing is really strong. In fact, Julia previously sold this author’s debut verse novel to Bloomsbury UK, so she is a writer with considerable range.

What am I saying therefore about dystopian/speculative/futuristic fiction? I’m saying great deals can still be done – if your premise truly feels new and if you match that with compelling writing. There’s GOT to be something unique about your story or it’s in danger of getting stuck at query stage. 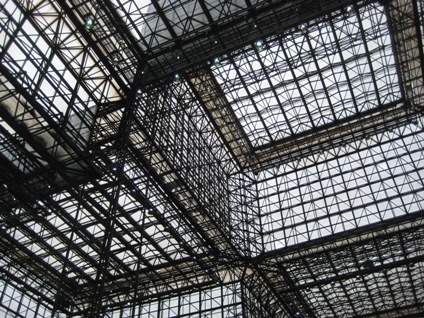 Take a look at the books highlighted at the BEA YA Buzz Panel. As PW says, ‘This fall, it’s all about multi-layered thrills, chills, adventure, and romance, mixed in with the paranormal.’

This small selection of big up-and-comings underscores what editors are saying to me – that they’re in search of work that crosses, or rather blends, genres. Dystopian and magic; paranormal/witchcraft and history; love triangles and steampunk; futuristic thrillers etc etc.

There’s also a bit of a vogue for stories that ‘mess with time’ – perhaps influenced to some extent by the success of Lauren Oliver’s BEFORE I FALL. The idea of a life unraveling and being put back together; revisiting the past.

And what about middle grade? It’s tough. All editors are saying how much they want it, but it’s got to be pitch perfect or they’ll reject it. They’re seeking the big ones, because MG is slower burn, slower build in terms of readership and sales.

Again here, it’s the ‘big’ story that is triumphing; the big canvas, the grand and imaginative ideas. As PW says, ‘MG can have all the action, wonder, and power of books published for older readers.’ Take a look at the five books featured on the BEA MG Buzz Panel:

So where does this leave contemporary, real-world fiction in both MG and YA? Again, it’s not easy at the moment – to break through your novel in this area has got to have a real hook, disarming and quality writing, and characters who make that leap into the reader’s heart and head. But editors DO want to find contemporary stories to balance out their list – IF it’s really something that pops. Take, for example, Sheila O’Connor’s evocative, memorable and mysterious SPARROW ROAD, which Stacie Barney just sent me and which I’m already halfway through. A true delight.

Feeling down? Feeling like you can’t do it? Persevere, but wait till you have a really, really good idea for your story – and then make sure you know how best to get that story down on your screen. And even if you don’t hit the sweet spot the first five times, your sixth might get there. It’s been known to happen – and don’t forget that all those lofty BEA Buzz picks were once writers stumbling to find their way and their story. 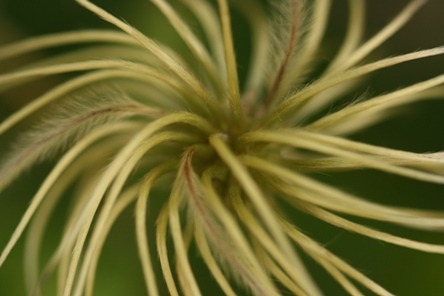 Pix: 1) A dachsund + a river = a mess. 2) The roof of Javits Center; a metaphor and image of how you feel when you’re stuck in there for hours. 3) Continuing the abstract, design theme: a strange plant unfurling at the National Arboretum, DC; also a metaphor for your buzzy manuscript opening up.