So it seems that the moral of the week (in the US, at least) is this: if you are going to send pictures of your undergarments around the internet, make sure they aren’t grey and distinctly unstylish.
I’ve found myself transfixed by this very contemporary, cautionary tale of personal and professional disaster. When we pass a highway pile-up, we have to fight that strange urge to slow down and look. Why? Perhaps because we need to reassert that we’re gloriously, mysteriously alive – and that today was not OUR day to die. And when I saw that a guy who appears to be smart, intelligent, destined for success, could be brought down by clicking on the wrong little box on Twitter – Reply rather than Direct Message – it made me exhale with relief. It wasn’t me. But it could have been – and it could have been you.

Doh, I don’t mean we’re all tempted to send knicker-pictures to virtual strangers. I’m not talking about morality or indecency or misuse of government equipment. I’m just saying, we are all only a click away from making idiots of ourselves online.

I’ve not yet made a huge, walloping, catastrophic online blunder, but I’ve been very close to those who have. Like a colleague some years ago, whose pod was just across the aisle from mine. When a pompous, bossy senior manager sent out one of her famous ‘all user’ emails – telling everyone off for some misdemeanor – he wrote a stunningly rude response, intended for close friends. Only problem was – he clicked Reply instead of Forward. Ever seen the Ride of the Valkyrie approaching you?

Or what about the publisher of great repute who forwarded an email to colleagues telling them what she REALLY thought about this particular author and his manuscript. Only she didn’t – Forward, I mean. One mouse click in the wrong spot and her diatribe went straight back to the (very sensitive) author.

But it gets worse, doesn’t it. Because now we can shoot off 140-character streams of consciousness any place and any time, thanks to Blackberry and iPhone apps, or Twittelator for iPad. Buttering a bagel? Refilling your wine glass? Taking a break from washing the car? Bam, we’ve clicked and it’s gone. But how much were we concentrating and which box did we click?

Some time ago, Greenhouse turned down a potential client because of their online profile. [Now you’re all thinking IT WAS ME! Because I understand writerly paranoia, I’ll just say it was some time in the last 3 years, and the writer came from either North America or UK/Commonwealth. So no point trying to guess!] The individual in question wrote well, but what they were saying online was scary – angry, bitter, neurotic, and needy. If you’re going public about how much you hate your life and most people in it, how might you treat your agent if we don’t delight you every minute of every day?

Then there’s the writer who announced online that they’d already got EIGHT full manuscripts out with agents (so why should I bother to ask for it? The others got there before me), and the one who documented every one of her multitudinous rejections (and then sent me a query). Folks, you’ve got to be careful. 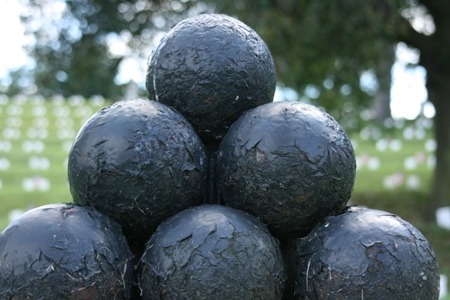 If you blog, you aren’t dropping a line to your best friend or confiding in a private journal. You are putting yourself permanently into the ether for agents and editors to find you. The internet octopus has long tentacles, very few degrees of separation lie between us, and even if someone doesn’t Follow you, they may Follow me, and so on.

I’m ambivalent about social networking. I love it for its fun, its companionship, and the easy-reach information it provides. I’ve signed at least one client because of Facebook, and I owe it for the return of my beautiful coat, lost at Bologna airport and returned thanks to a friendship sustained by FB.

I enjoy seeing what’s happening on Twitter. Standing at a Departures board in a deserted airport late at night, thousands of miles from family and home, a Tweet from an acquaintance can feel like a hand reaching out from some great existential loneliness.

But it makes me nervous too. I get antsy when scores of people I’ve never seen or heard of want to Friend me on Facebook. How should I feel about strangers scrolling through my family photos? Am I right to be wary or am I just being overly precious?

I want to be fascinating and meaningful on Twitter – but what to say and how much? I’d love to supply you hourly with fabulous links to important industry articles that will enhance your knowledge and writing journey. But the truth is, I just don’t have time – in fact, I barely have time to cook the dinner. And do you really want to know that there’s a new family of fledglings cheeping in our birdhouse?

I’m sure you have similar feelings to me. How much is enough, how much is too much, and what counts as a mistake? I can help you a little.

Generally, avoid documenting anything about your querying or subsequent submission processes. Play your cards close to your chest and cultivate your poker face. Your agent, if you have one, will love you for that, because it leaves she/he able to do their job – selling your book – with maximum freedom. It will also lower your stress levels because thousands of people won’t be watching as you ride a potential rollercoaster to deal or no deal.

An elderly member of my family really hated to hear gossip. Very solemnly he would intone, ‘Is it true, is it necessary, is it helpful? Of course, I would roll my eyes. But nowadays those words are often in my mind as I consider whether to say something – or not. Of course, if we all stuck rigidly to all three criteria there would BE no social networking because the whole fun of it is that it’s as fast moving as a babbling brook, whirling us ever onwards.

And yet maybe there’s something in that old saying. The Times of London today exposed the risks of jury trials collapsing due to jurors increasingly tweeting/status-updating verdicts or canvassing support from other jurors. And it’s definitely true that in the books business there are times when the best thing to say (online) is nothing at all.

I suspect a certain congressman, and his Underpants of Doom, would concur.