The things I see (and don’t see)

Dead silence on Sarah’s blog for far too long. Why? 1) Having been quite ill over Christmas, I then got ill again in January and it went on for most of the month, making everything a struggle. 2) Been working like a dog. 3) Julia and I have been preparing for the Bologna Book Fair in March and 4) Spent 5 days in New York – firstly at the SCBWI National Conference (where I spoke three times on ‘how to write a great thriller’), and then around town seeing editors with clients Caroline Carlson, Donna Cooner, and Ashley Elston. And don’t you love the newly released jacket image here for Donna’s debut novel SKINNY, which publishes this Fall with Scholastic?
Now it’s all go as I prepare for the SCBWI regional conference in Austin, Texas in two weeks’ time. But first, I want to share some thoughts about my submissions inbox and the North American marketplace. Perhaps that will be useful as you decide where to invest your writing energies, especially if you are choosing between different ideas and projects to take forward.

Basically, I feel like I see rather too much of some kinds of stories and not nearly enough of others. And I never, ever see some things that I would LOVE to see! So here goes . . .

What I see a LOT of:

Paranormal romance – especially demons (ie, hot demon boys) and angels (ie, hot angel boys), though vampires (ie, hot vampire boys) still appear very regularly. I also see a lot of ‘portals between the living and the dead’ and characters who are dead but interact with the living.

Girls ‘with powers’ – often they see visions, have significant dreams, predict death, have strange connections with others when they touch them. Sometimes they are deities and have to come to terms with that. In middle grade, I see girls who haven’t yet ‘come into their powers’ but surely will (which reminds me a lot of Ingrid Law’s SAVVY).

Car crashes in a prologue – often an entire family is wiped out, excluding the protagonist, who for some reason survives (often because she has powers).

Dystopia – stories set in a future world, often after a virus has swept the land, leaving humanity divided into tribes (these tend to be roughly divided into ‘haves’ and ‘have nots’). Sometimes some characters will have to fight each other in mortal combat, in a slightly HUNGER GAMES-ian kind of way. 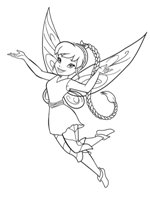 Bullying and mean girls – this is a very big MG theme, but I see lots of groups of mean/vacuous/bitchy girls in YA.

Talking animals – especially cats, dogs and squirrels. These will usually have a mission. Often these stories are very young, but sometimes they are more sophisticated – along the lines of the WARRIORS series by Erin Hunter.

Fairies – in MG these are usually cute or anti-cute (ie, naughty fairies); in YA they will be dark, dangerous and often called ‘fae’.

Really fun, original MG concepts – that combine rip-roaring story with a super-strong UNIQUE concept. My client Caroline Carlson did this brilliantly with her MAGIC MARKS THE SPOT (HarperCollins 2013) about a feisty girl who longs to be a pirate, only to discover that the pirate treasure/currency is in fact magic! A great new twist on an old idea, mixed with characters that really pop. Tons of fun!

What I call ‘sexy historical YA’ – like THE LUXE or A GREAT AND TERRIBLE BEAUTY. A girl who thinks in an identifiably contemporary way, has a voice that can speak to today’s YA readers, yet lives out her story against a historical backdrop. I’d love to find a novel set in the French Revolution, Victorian times, or World War I. Big themes, candlelight, crinkling silk, corsets, characters behaving rather badly and under huge social pressures where feelings have to be suppressed (or face the penalties).

Contemporary YA with great romance and charm – this needs to be underpinned by a strong concept and standout voice. Donna Cooner’s SKINNY is a fab example – the story of a girl who embarks on gastric-bypass surgery, but finds it’s easier to change her body than to silence the voice of ‘skinny’ in her head. Donna somehow makes the reader smile AND shed a tear, which is quite an accomplishment. 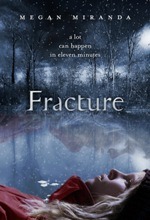 Intense, exciting YA – I never get tired of clever, tense, zigzaggy thriller-type plotting. A conundrum that doesn’t seem possible until the protagonist solves the mystery. Megan Miranda did this brilliantly in FRACTURE (Walker, just published) when Delaney Maxwell falls through the ice of a frozen lake and inexplicably survives, pulled out unharmed 11 minutes later. How? Why? This kind of story can be applied to almost any genre, against any kind of backdrop.

Foreign settings – I’d especially love to find a dark, bleak, noir-ish YA Scandinavian thriller in the style/tradition (landscape etc) of Henning Mankell, Tami Hoeg or Stieg Larsson. Spare, scary and a bit mesmerizing. I’m also interested in the Middle East and Africa. NB: With this kind of story you need terrific authenticity, and I’m NOT seeking stories that attempt to ‘educate’ the reader about a particular part of the world. I’m just looking for a cracking good story that nonetheless contains emotional truth.

Ghosts – While most forms of paranormal have been somewhat ‘done to death’ (hah, sorry!), I think there’s still space for a brilliantly conceived ghost story. For some reason there seem to be far fewer ghosts around than other paranormal entities (see above re hot-boy demons etc). This doesn’t need to take the form of a ‘paranormal romance’. Perhaps the ghostly character is a sister or friend who returns to play some vital part in the protagonist’s life?

Space – while dystopia is running out of steam, there’s still some potential in outer space. The trick here is to use that backdrop simply as a frame for a great human story, either MG or YA. If you go too sci-fi you lose readers who aren’t die-hard fans of the genre.

So, in conclusion: While I’d never say I’m uninterested in any paranormal romances, stories about ‘girls with powers’, or dystopia, you just need to be aware that there are a lot of them around, which means yours really has to sing. It needs to do something different and fresh with the genre. One of the keys to this is VOICE. Any story can feel fresh and vibrant if it has a unique voice and a different spin.

However, do consider writing in one of those areas I mention as being very underserved right now. Generally, I feel we don’t see enough strong and unique concepts, so trying pushing yourself that extra mile to come up with a really snappy idea – then run with it.

I hope this helps!