I shouldn’t be sitting here at my desk right now. I should be making sure my seat back is upright, my tray table is put away, and my bag is safely stowed under the seat in front of me – prior to taking off for London. Seven precious days in my British pad, crowned by tomorrow night’s big birthday dinner for my twin boys, both amazingly and miraculously in the same country and city for 24 hours – and at the same time as me!
This is the very minute I should be taking off, but I’m not, even though I was at the airport, as commanded by United, at 7am this morning. The flight has been delayed by 9 hours – till tonight – which means I had to come home again and prepare for an overnight flight instead, meaning I’ll arrive frazzled and jetlagged tomorrow morning. When flights cost this much and time is so short, the stakes are very high and delay is hard to tolerate.

But this isn’t the only setback of the week. Last Saturday I sat down at my desk, having resigned myself to working most of that gorgeously sunny weekend. I opened my laptop, booted her up and distracted myself while she ran through her ‘updates’. But then, in a heartstopping moment, the screen went black. All the programmes had gone, nothing would open – it was a major and terminal crash, taking with it not only years of photo images, but also the mosaic of my BEA schedule. (Don’t worry – the Greenhouse functions on a remote server, so I knew that was all safe, even though I couldn’t access anything.) The timing couldn’t have been worse: preparing to go to London, followed by the Expo, followed by the SCBWI New Jersey conference – a packed and intricate few weeks, every event requiring copious preparation.

Head in hands, I tried not to hyperventilate, scream or cry. 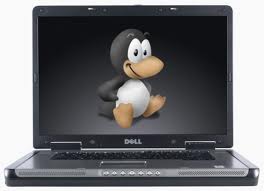 Back up on a borrowed laptop, the week continued to throw further challenges – notably, various bits of bad news that I had to relay to clients. How to frame things to be fair and honest; what words to use; how to empathize yet protect oneself from the negative effects of over-emotional engagement (not helpful or professional for the client or me); where to find the line between loyalty/belief in one’s client and their work, and accurately reflecting the demands of the market?

A talk I’m preparing for the NJ conference in June on ‘Contracts and Negotiations’ has made me think about the agent/client relationship. In many ways it is like a marriage, and the agency/author contract (in the case of Greenhouse, a paper agreement 1.5 pages long) is a bit like the wedding band – the outward symbol (and statement) of our mutual commitment. We are bound together in sickness and in health – through good news and through bad – unless/ until one of us decides the relationship has irretrievably broken down or we are no longer going anywhere mutually beneficial. Then divorce is an option, even if painful for both sides.

I’ve been very lucky as an agent, and I’ve had more than my fair share of good news to impart. And oh, how I love imparting it! Who wouldn’t enjoy telling people that their publication dream has been realized, that their life is about to change, that their hard work has paid off in ways that can be quite spectacular. It’s a dream job, right? (People are always telling me that.) 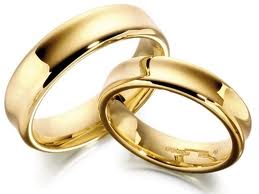 But in any marriage there are setbacks and rocky bits along the way. Times of compromise and adjustment; times of darkness and confusion; times when you don’t feel listened to or truly understood. In fact, you don’t even have to be married to know that; life chucks it all at you. The frustration of delayed flights, missed connections, crashed computers, fractured ankles (one of my sons, right now), jobs you didn’t get. And even worse – illness, loss, the whole beastly litany.

You have to be strong, and flexible, and determined, and resilient, to make things work as a human being. When you get knocked down, you have to clamber back up. If one avenue seems blocked, try another. Is the door shut and bolted? So go round the back and see if you can climb in the window. Or maybe there’s another house that’s more accessible.

My husband (and my French teacher, bless her heart) will tell you that I’m the world’s most impatient person. I want success and I want it NOW. I want to be the best, and I can’t stand being thwarted. I’ve gone back to studying French, so I work at it like a maniac – but why can’t I speak like a native NOW? For me, the words ‘delayed gratification’ are alien life forms and my relationship with them is uneasy. 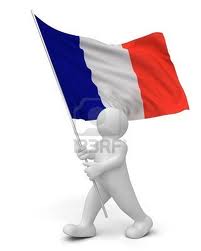 And yet, I’m getting there, because I see time and again the fruits of taking small, careful, considered steps in the right direction. It’s why we work so hard on debut manuscripts – to give the author the best opportunity to achieve their dream. It’s why we really try to be honest about what we think will work and what won’t (so we don’t waste everyone’s time and give false hopes).

I’ve known agents who so hate imparting bad news that they just don’t return phone calls; they disengage. It’s like the boyfriend or girlfriend who doesn’t return messages, hoping their partner will get so frustrated that they’ll initiate the break-up for them. To me, that is really, really cowardly, and it’s the ultimate disrespect to clients.

My sons have become much wiser than me as they’ve got older (now in their 20s), and I regularly ask their advice on just about everything. A while ago, one of them said to me: ‘Mom, I feel I can deal with anything as long as I’ve done my best, and done what I really believe is right.’

He is right on the button. As an agent, my most important quality must be integrity. Anyone can convey fabulous, happy news. Anyone can do what’s easy. But the chips are down for us as human beings when we have to deal with, come back from, or simply communicate, news that is really difficult.

So here I sit, writing a blog post on my brand-new laptop (hey, it’s WAY better than the old rig and my IT guru says it’s the fastest machine yet invented. AND he recaptured all my images and schedule. Wow, am I glad we had that crash!).

I should be on a plane, and it is confusing and weird that I’m not. But – I had been wanting to write a post for a while and couldn’t quite find my subject. Driving back from the airport this morning, I suddenly found it. And I guess I’m trying for a more sophisticated way of saying, ‘When life gives you lemons, make lemonade.’ 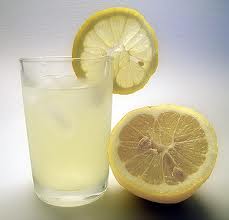 Here’s some news: we’re all human beings. That means we’re all going to have rotten eggs and squashed tomatoes chucked at us at intervals. (Sometimes it’ll even be me doing the chucking; rest assured I’m being chucked at too.) But the million-dollar question is this:

WHAT ARE WE GOING TO DO ABOUT IT?