FROM ORDINARY TO EXTRAORDINARY: Part 1

This is a post with a very important sub-title, so here’s the title in full:
FROM ORDINARY TO EXTRAORDINARY: The art of creating a great saleable story and the craft of teasing out its full potential.

I have given this talk at various conferences around the USA in the past 2 years, and I have tended and nurtured the content, tweaking and polishing it over time. There are many nuggets in here which delight me. But now it’s time to share the love! So here is the first of several instalments, in which I’ll set out my thoughts on dreaming up, and crafting, a great story. While some bits inevitably have to change/diminish from the spoken version, I hope it will be a useful and inspiring series.

Please note, it is aimed primarily at MG and YA writers, but even if you’re a picturebook author there may be something here for you too.

This is a talk in two halves, and I chose the title because it strikes to the heart of my daily submissions inbox.

The first half of the title: How to create a great, saleable story. ie, How do you find an amazing idea – and know if you have one?

The second half of the title: The craft of teasing out its full potential. ie, How do you then get that idea out and on to the page?

My subject is therefore both reflective and very practical.

But first, what is an extraordinary story? Well, here’s one from real life – the story of Wilfrid and Gladys – just to get the juices going: http://greenhouseliterary.com/index.php/blog/article/cheep_at_the_price/ Oh, and you might like to know that Wilfrid’s picture is at the head of this post.

The story told in this link always gives me a sharp intake of breath. What I call the HAH! factor. Why? Because it is full of the big questions, great juxtapositions, high stakes, which are the bedrock of an intense story. It has dilemmas, life and death, loss and fulfillment, despair and hope, love and sacrifice. Like an iceberg most of the story is hidden below the action I’ve described, and there are so many possible interpretations for our imaginations to fill in. What did that young Edwardian woman feel as she stood at the altar to marry the wrong brother? What were her secret thoughts when her family received the telegram telling them that Wilfrid, the brother she’d loved, was dead?

This, and so many other true stories, have taken up residence in me in what the novelist Graham Greene calls ‘the compost of my imagination’. And what Tolkien describes as ‘the leaf mould of the mind’. It makes me ponder fascinating ideas – forgiveness, redemption, the continuity of generations; courage, friendship, power. And of course my own identity. Because the girl I wrote about in ‘Cheep at the price’ was my grandmother, Gladys, and I grew up on her stories, sitting on the floor in her creaky old apartment, rolling marbles around the lid of a syrup tin and contemplating the meaning of true love and how my family came to be what it is.

But most of all, this old family story encourages empathy in me. It doesn’t set out to teach me something didactically (as so many subs that I see do). And yet, implicitly, woven through its storyline, it invites me to step into the shoes of its protagonist. And isn’t that why we encourage young people to read? So our hearts and minds should be enlarged by occupying someone else’s head space, however briefly? 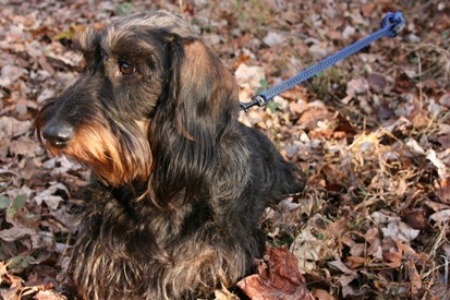 That’s the kind of story that I – and, I believe, children/young people of all ages – want to read. Intense, fascinating, and memorable – on whatever level that is delivered, and to whatever age group. Whether through the medium of sophisticated YA or, in different ways, through a younger, even funny story. Whether your protagonist is facing her own untimely death or whether he’s lost his mom in a crowd, there can still be high stakes of intensity, the compelling need to see what happens next.

A great story will make the reader ask: WHAT IF THAT WERE ME? What if I were victimized? What if I were to date the wrong guy? What if I lost my teddy bear? As human beings, it’s as if we have a driving need to see others go there for us – maybe so we can practice, vicariously, living in extremis. We certainly don’t want to go there ourselves, but through the medium of YOUR story, we want to know whether WE would have found a way through and what it might have been. Would we have found the courage to climb up and keeping living – and living well?

I see many submission queries every day, and I can walk away from most of them. Why? Because I’ve seen the story before. Because it doesn’t make me care. Because it feels superficial. Or banal. Or confusing. Sometimes it’s almost as if it tries too hard or it’s overwritten – laden with adjectives and adverbs. Sometimes because a strong story concept is pulling weak writing. Or because strong writing is pulling a feeble story. And often I decide to walk away because the words don’t weave that magical, musical cadence of originality for me – as I inevitably read through my own personality and ‘emotional compost’. Even agents and editors have highly individual mental/emotional ‘leaf mould’!

The most common rejection you will receive from agents and editors is this: ‘I didn’t love it enough’. This probably feels frustratingly minimal but, deconstructed, it’s a powerful shorthand that leaps to the heart of your writing goal and process. What they’re saying is – it didn’t engage me emotionally. It didn’t make me sit forward in my seat and go HAH! And that intake of breath is ultimately the big difference between Ordinary and Extraordinary, and it tends to burst from stories with a strong foundation of WHAT IF.

To be brutally commercial, WHAT IF also has a large $ sign hanging over it. By which I mean, WHAT IF concepts feel exciting; the need to ‘see what happens next’ makes us want to read on. And that can translate into a publisher spending their acquisition dollars, because they know readers too will want to keep turning the pages. So, as you unearth your story concept, ask yourself WHAT IF questions. That may help you start thinking more boldly and outside your regular plot envelope.

Quite simply, one of the first necessities for achieving your extraordinary novel is this: a great idea, an inspired concept. Or sometimes, even an idea you can spin differently to how anyone has ever spun it before.

Just suppose a girl was to live through a day of exceptional banality, doing what teen girls do: high school/friends/mean stuff/boys/fun – only to die in an equally banal car crash that night. From the explosion, the lights, the pain, she knows she must be dead, but instead she keeps waking up to face that same day again – 7 times over – each time making different choices, discovering new insights, new pathways to understand and redeem herself. In so doing she is able to inch ever closer to experiencing love for the first time. She begins to find her courage and honesty – and move gradually towards a place where she can let go and die in peace. 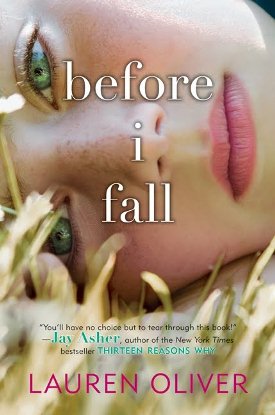 That story has a huge HAH factor and it’s called BEFORE I FALL by Lauren Oliver (HarperCollins), which became a major NYT bestseller and turned Lauren into one of the biggest YA talents around. (Sadly, I don’t represent her!)

BEFORE I FALL is a story about regular kids, in regular places, doing regular things. Yet it takes one ordinary day and makes it extraordinary. And it’s Unique Selling Point, its intense emotional wallop, are woven into its structure in a very different and interesting way. 13 REASONS WHY by Jay Asher – also a NYT bestseller – does something similar via its cleverly compressed time structure, in which Clay has to rapidly piece together the clues to the part he played in a girl’s suicide. Who knew that the subject matter of 13 REASONS could be turned into a story that has thriller-like qualities?!

Both stories portray regular lives against a context of high school and small-town America, yet both achieve something unique and compelling through clever use of structure.

But how about a very different kind of story? What if a young girl were to love the street she lives on almost more than anything else in her life? That street – Fox Street – is outwardly like any other rundown, average, idiosyncratic street in the USA. But to Mo Wren it is not only home, it’s where her mom died, and where her heart lies. So what would she do, what would she feel, if she were asked to leave it? What would it take to separate herself and start a new journey to self-discovery?

This book is called WHAT HAPPENED ON FOX STREET by Tricia Springstubb (who I DO represent! Pub: Balzer & Bray, HarperCollins). Quiet, lyrical, small-scale and classic-toned MG, it packs a huge emotional thump, as does its sequel, MO WREN LOST AND FOUND. At the time I went on sub with it, FOX STREET didn’t check a single box that publishers would have announced that they were seeking, yet I could have sold it to many different houses. Why? 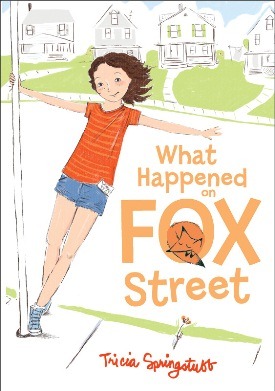 Why do all these books stay in our heads and in our hearts? Why did FOX STREET receive multiple starred reviews?

Sure, we admire, intellectually, the concepts behind them. But I believe the common denominator is that all these stories reveal in intense ways what it means to be human. To face dilemmas that call on the deepest selves of the protagonist. Interestingly, the teens who blogged about BEFORE I FALL have often said, ‘It made me want to be a better person.’ And then they told their friends to buy the book.

Mo Wren in the utterly different Fox Street makes us – and child readers – feel Mo’s potential loss, reflecting through the prism of every small or large loss we’ve ever experienced.

Here is a thought that intrigues me: Each of these books I’ve mentioned creates a big story from small lives. And then I’m reminded that my grandmother Gladys’s life in the early 1900s was also very small in physical scope, yet contained the building blocks of great fiction – big themes and very high stakes.

So here’s the good news! You don’t need to be a world traveler to write great fiction. You don’t have to climb mountains or do esoteric and expensive things. You can write gripping, fascinating and memorable stories from the stuff of small lives that are all around you.

What is your emotional compost? Have you dug into it and taken a long look? It’s not a bad place to start.

Pix: 1) My Great-Uncle Wilfrid who died Oct 1, 1917 during the battle of Passchendaele. This was taken in 1914. 2) Sargie the dachsund. Cleverly camouflaged in leaf mould.