Peep around the Greenhouse door

A belated welcome to 2013 in the Greenhouse.
We’re in rip-roaring form over here in our cosy glass house. The sun’s warm on the panes, the soil is fertile, the scent of growing plants is rich in the air (oh, I love a good metaphor) . . . and we hope some of you will be joining us this year for the writing adventure of your lives.

Our big news is out there, but here it is again:

We’re delighted to welcome John Cusick as a new Greenhouse agent representing North American writers and eager to build his client list in middle grade and YA. Between us, John and I will be notching up the miles this year around America and beyond, speaking at conferences, attending trade events, and generally out and about meeting writers and editors, scouts and film people. Take a look here to see if either of us will be coming to an event near YOU. We’d love to meet you, love to receive your queries. We are banking on people like you sending us great stories.

In the coming weeks and months you’ll be discovering a lot more about John, his literary tastes, and I’ll get him to do a guest post on this blog very soon. Should you submit your work to me or him? He’s maybe a touch more geared to writing for boys than me, but please don’t polarize us too much. We’re both seeking great writing in all genres, we both like a really wide range of styles and voices – and if we think a manuscript would better suit each other, then don’t worry – we talk all the time and can be flexible. So, take your choice. The cool charismatic guy with the specs or . . . . me. Now there’s a dilemma! 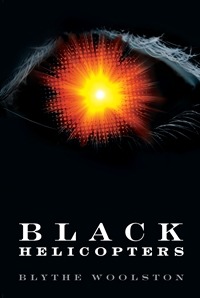 Development #2 this January is that at last we are going to be Plunging into Picturebooks. Well, maybe not plunging; that makes it sound too easy in a tough marketplace. Rather, easing ourselves in with elegance. We’ve been repping a few PBs along the way already, but now Julia will specifically be seeking debut PBs from both US and UK authors (previously she’s only been repping UK/Commonwealth writers). It’s going to be a bit organic. I already rep PBs by authors I’ve taken on for older fiction, and that won’t change. But Julia will be the one to go to with specifically debut texts. Julia’s an ace talent-sniffer, and her nose is to the ground. Again, go to How to Submit to find out more.

So why changes now? What’s different about 2013?

As we moved through 2012 I knew that Greenhouse, at 4+ years old, was growing fast. We had opportunities coming at us from all directions and milestones that felt really significant. It was time to branch out and say even more strongly, ‘Here we are! Good things are happening in Greenhouse!’

Our clients have really been out there in the last few months. S.D. Crockett’s AFTER THE SNOW in Kirkus Best of 2012 and now shortlisted for the prestigious Morris Award in the US, plus longlisted for the Brandford Boase first-novel award in the UK, along with Sarah Lean’s A DOG CALLED HOMELESS. A slew of starred reviews for Erica L Scheidt’s haunting USES FOR BOYS, Brenna Yovanoff’s PAPER VALENTINE, Blythe Woolston’s razor-sharp thriller BLACK HELICOPTERS, and Sarwat Chadda’s epic Indian blockbuster THE SAVAGE FORTRESS. Megan Miranda’s FRACTURE continued its great run with Best of YA 2012 in the Boston Globe and nomination for Teen Reads of the Year, with Megan’s second novel, HYSTERIA, achieving a VOYA Perfect 10.

As we go into 2013 we have an exciting TV deal in the offing, as well as our first book deals of the year about to announce. In an incredibly competitive marketplace, the hard work of our authors is paying off in both the US and UK, and around the world in foreign rights sales. 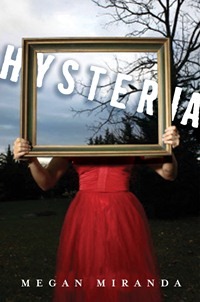 So that’s why it was time to grow.

But what does that all mean for you? If you’re a new writer, I know how these great achievements can feel impossibly remote. Like these great authors I mention are an alien species, so different to you that you can barely relate because they’re sitting up there on Mount Olympus and you’re down in a puddle at the bottom of the hill. In fact, when you’re struggling to write your first novel, hearing of others’ success probably makes you feel a bit queasy.

But that’s where you may have it wrong. All our authors began with a query. One little query that landed in our inbox. All of them struggled to craft that query, write an interesting pitch, and stumble through a few lines about themselves. All of them wrote a bit, hit delete, tore their hair out, ate chocolate (repeat), and struggled out a few more lines maybe just a bit better than the first lot. All of them wobbled through how to create a story, how to write some lines about a character that weren’t cliched.

Our authors are just like you. Sure they have talent, but they also persevered (ie, Rome was not built in a day). And persevering is a big, big part of the writing equation. No one said writing was easy, and it isn’t – if it was, everyone would be lording it over the NYT Bestseller list or winning the Newbery or Carnegie Medals. You’ve got to keep getting back on that horse, learning and developing, looking for new ideas and the words to make them come alive. 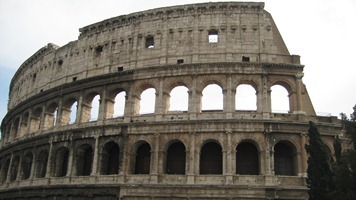 We are excited for 2013. There will be thrills. There will no doubt be a few spills. But that’s how the business goes, and if you’re in the Greenhouse we walk the twisty road with you in all weathers.

Are you writing? Please keep going. Without you there isn’t a literary agency. Without you we’re sitting around twiddling our thumbs. Our authors are everything, and we need you and your stories.

Hoping to see you in the query inbox when you’re ready. Happy writing in 2013 – and let’s live it to the max, like we’ve got nothing to lose.

Pix: 1) Growing grapes in a Virginian vineyard. 2) BLACK HELICOPTERS by Blythe Woolston (Candlewick) 3) HYSTERIA by Megan Miranda (Walker) 4) The Colisseum. Rome. You see, it really wasn’t built in a day.