The thing about change

There’s been a lot of change in my life over the last few years.
As some people know, five years ago I took the huge decision to move to the USA, marry an American guy, and create the Greenhouse. It was heart-stoppingly scary. I had everything in place back in London: a great job, a family, friends, and decades of continuity in a place where I was deeply rooted and at ease. Suppose I couldn’t make it work in America? Suppose I failed? Suppose I wasn’t happy? There are a lot of ‘What If’s’ in that situation, and your imagination comes up with the very worst scenarios.

About 18 months ago, some more things changed when I took other, smaller decisions. I asked myself what I wanted to achieve in my life outside of work. The answers? I wanted to be able to speak French fluently, and I wanted to learn to run.

Now the change timeline comes closer. In January I decided I wanted to learn to dance . . . And then my husband lost his job on our first day back in the office after the Christmas break.

There are different kinds of change: the ones you seek out and nurture – and the ones that fall on you like a ton of bricks, making you question and reassess. But really, all change makes you dig deep and get out of your comfort zone. If you want to speak French like a native you’re going to need time, practice and a ton of work. If you want to run, you are going to have to build up your stamina incrementally. And if you want to dance salsa, you’ll risk making a fool of yourself with people who make fancy footwork look easy. 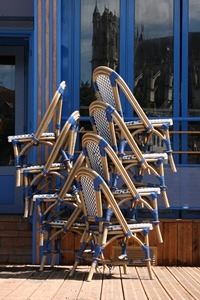 If you lose your job? You’re going to do all the practical stuff to find a new one, while also hanging on to self-belief and faith that it will turn out to have been all for the good.

Do I make this sound easy? There were some days back in January when I’d be talking with clients and know my reserves of encouragement and cheer were running low. (Um, I don’t think they knew that.)

Three weeks ago another piece of change happened. I was wandering around the National Gallery in London look at Impressionist art when my cell phone rang. It was our lovely UK agent Julia Churchill, telling me she’d been made an offer she just couldn’t refuse, by an old-established London literary agency, and that very sadly she had to leave Greenhouse.

Shushed by the security guard, I dived out into the lobby, sat down on the marble floor and (I must admit) put my head in my hands as I tried to hear what Julia was telling me. It was a shock, but not entirely unexpected. Greenhouse has attracted attention both sides of the Pond, for our energy and succession of debut deals, for our Funny Prize, for our openness and collaborative style. I knew other companies were sniffing around. But what you know intellectually doesn’t always moderate your instant emotional response as your brain gives you a lightning-fast tour of what you’re going to have to do – and fast.

We are sorry to lose Julia. She and I have worked closely together for four years, ever since I appointed her in early 2009, and it’s been exciting and a lot of fun, building the agency’s client base, interacting on transatlantic deals, and riding the agent rollercoaster together. I will miss her.

However, three weeks on, change has begun to work its magic. My new US colleague John Cusick has announced his first deal for Greenhouse, and I have three deals of my own brewing. We are 10 days away from the Bologna Book Fair with packed schedules, and I’m really excited to do my first fair with John. It will be different. It will be interesting. Together we have our own style, and that is fun to discover. What new relationships will we make? What new opportunities will come our way? I love that he’s good at stuff I’m not good at; that he knows different people to me. 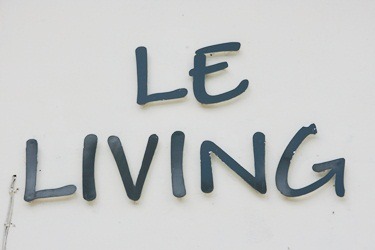 We’ve just rejigged our submission guidelines and are tweaking the Greenhouse website.

And the UK? For now I’m looking at subs from that market (alongside my US ones) – I already rep Americans AND Brits. And I’m talking to people about the position we have to offer a new agent in London. Can’t say more about that yet, but my fingers are crossed. I know who I’m after. They will be Greenhousey; smart, creative, driven, editorially strong, open, kind – and with a great contacts book.

The one thing I know about change is that it happens, and everything depends on how we respond to its challenges. As writers, we need to get out there and seize it. If you don’t change, you don’t grow. If you run from rejection and revision, you’ll never discover their lessons. If you don’t drive through the disappointment, you’ll get stuck in self-pity. There is a secret shining ruby at the heart of the most painful setbacks, but somehow we’ve got to open that black velvet bag and make the glowing jewel our own.

So now it’s March. Last week I bought my first pair of ‘real’ running shoes and took them down to the track. I can run two miles now and I’ve got a bit of muscle. Sure, girls in Lycra power past me, but who cares? 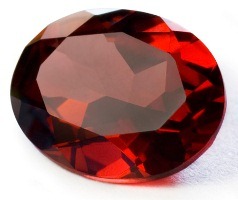 I’ve got a bunch of friends who speak French, and I spend my Saturday afternoons with them chatting away about everything and nothing. There’s a lot of laughter.

Every Monday night I learn to dance with my salsa posse. And when David-with-the-trilby spins me around, I giggle like a maniac. One day I’d like to go to a real dance. I’ve decided that I will.

This week my husband set off for his new office and has admitted that he never much enjoyed the old one, anyway. It was kind of boring. I see the new spring in his step.

Here’s what I know. Change is out there, and it’s coming for us all. Maybe it’s even time to seek it out. In your writing. In your life.

There’s a black velvet bag in your hand. It looks scary and unknown. But I guarantee you there’s a shining ruby inside.

Pix: 1) Frenchman’s Creek, Cornwall, England (as made famous by Daphne du Maurier) 2) So French – cafe chairs in Amiens 3) Quoi?! A crazy sign in Northern France. But isn’t life about change? 4) The ruby. Seek that baby out!