It’s been a busy Fall. Three conferences and many client manuscripts (hurrah!) have made it hard to find time to blog. But I’ve missed it, so thought I’d do a little ‘state of the nation’. Or, I guess you could say, ‘the view from my desk’.
There’s been much food for thought this year. 2013 has been a tough one, and from talking to other agents and editors I sense we’re in a transition. YA has been so dominant for so long, but is feeling very saturated these days. It’s not that YA deals aren’t being done this year, but I perceive there are fewer of them, editors are being very picky, and deals are less likely to be for multiple books and six figures than they were a year or two back. Maybe some of that is due to the high number of multi-book deals done a while ago for dystopian or paranormal trilogies or series, which are still working through the publishing schedule? Maybe Books 2 and 3 aren’t performing quite as well as Book 1 (usually the case) . . . . And we have seen so many dark, high-concept novels in general acquired over the last few years that perhaps editors are feeling it’s time to start re-balancing lists a little and seeking more diversity in both age group and theme.

If you look at deal notices in both Children’s Bookshelf (subscribe free to the bulletin that comes out Tuesdays and Thursdays) and Publishers Marketplace, you’ll see far more picturebook and middle-grade deals than you would have seen a year ago. ‘The picturebook is dead’? Hah, that old chestnut sounds almost funny now, given the line-up of PB deals we’re seeing every week. And isn’t it great to see some zing back in MG again. 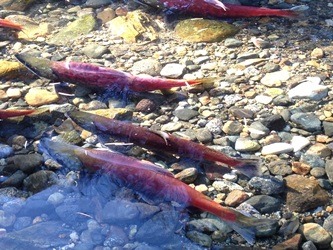 If you’re writing YA, don’t panic. It’s not that YA is dead – far from it – but we’ve all got to raise the bar on both ideas and execution. A great, original idea, strongly crafted, is still grounds for huge editor excitement, but it’s not the time to be complacent or derivative of trends. There’ll still be an editor feeding frenzy around a manuscript in any genre that does and says something different, which frames its emotional punch in a new way, but any manuscript we put out there is going to come under exacting scrutiny, both editorially and commercially.

So, in YA what am I seeing in abundance? Still many submissions of dystopia and paranormal, girls with powers, dead characters (eg, Grim Reapers), quite a lot of sci-fi, and many stories that concern evil and secret government projects, often biological/genetic. Also, Contemporaries that deal with suicide, abuse, and drugs. (Many, many suicide stories at the moment.)

What would I like to see in YA? The hottest item on my wishlist would be a smart contemporary romance with a strong hook. We were moving in that direction before ELEANOR AND PARK (Rainbow Rowell) but that book has certainly put a great sales imprimatur on Contemporary. As a wider guide, I also always mention NANTUCKET BLUE (Leila Howland), THIS SONG WILL SAVE YOUR LIFE (Leila Sales), and THE STATISTICAL PROBABILITY OF LOVE AT FIRST SIGHT (Jennifer E. Smith) as having the kind of fresh, romantic, modern vibe I’m seeking. Writing a story like this is much harder than it looks – it’s not enough just to have a girl go through problems and emerge knowing herself better. Sure, it’s a basic trope that in a sense never gets old, but you’ve got to frame it in some sharp new way to make it stand out. Maybe you’ll use an interesting structure or new motif in some way? And however lonely/hurt/confused (etc) your characters may or may not be, you’ve got to catch the sweetness and pain of teen love so it really touches the reader. It’s always all about character and voice!

I’m also always looking for strong international or historical settings – a context that allows you to do something fresh and impactful with teen relationships. Word of warning – it’s got to be authentic. Don’t write about places you don’t know, periods in history that you haven’t studied in years. I’m not suggesting you spend a fortune flying around the world or take a time machine back into history, but you can’t fake a story set in Africa or guess at the reign of Louis XIV. You have to immerse yourself and then cherry pick what to give your reader as you weave a real novel from your knowledge. 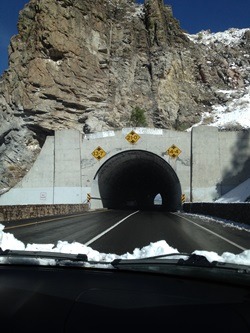 What else in YA? Really, I am open. A concept that stops me in my tracks in some way, with an opening that makes me sit up. And that could be high fantasy, a verse novel, the heart-stopping story of a boy in Syria, a thriller with a twist I’ve never seen before . . . Who knows what will appear, and I can’t wait to be surprised!

And then there’s middle grade.

I am definitely on the hunt for more MG. Primarily, I’m seeking a voice that stands out (so incredibly important in MG), and that does SOMETHING strongly. For example Alison DeCamp’s THE STUPENDOUS SCRAPBOOK OF (SOMEWHAT MANLY) STAN which I recently sold to Crown, made me laugh – a lot. It’s got touches of WIMPY KID, but set in the 1890s and illustrated with original adverts of the day. How cool, and I’d never seen anything like that before!

We’ve also just sold a really fun, child-friendly fantasy adventure both sides of the Pond – IVY SPARROW by Jennifer Bell. I’d never use the ‘it’s like Harry Potter’ pitch, but several editors and scouts have said it reminds them of HP in the rich invention, and immense detail, of its world building.

So, in MG what am I seeing in abundance? Stories about bullying, and many stories about animals –or told from the perspective of animals. Lots of variations on superheros. Kids going back in time to different periods of history, usually to ‘learn’ things.

What would I like to see in MG? Really, again, anything that feels new and different. It could be a lovely, classic voice and heart-wrenching story of family life and identity like A DOG CALLED HOMELESS (Sarah Lean), or it could be clever fantasy, full of puzzlement like A TANGLE OF KNOTS (Lisa Graff). Obviously, I’d have loved to find WONDER (R.J. Palacio), but equally I’d be excited to see a great adventure theme, dealt with in a new way (not just a child whose archaeologist parents take him to different parts of the world).

We still don’t see enough MG. Bring it on, folks! It’s a great time if you’re writing for this age group. 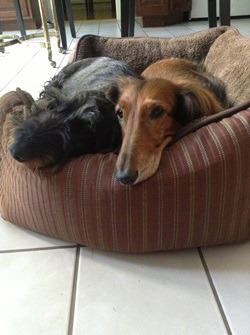 As you know from our sub guidelines, I’m not currently open to debut PB texts – but my colleague John Cusick is, and I sell them when by authors I’ve taken on for longer, older fiction. Also, I’ll occasionally sign a client who is writing in multiple genres – including PB (eg, Martha Brockenbrough and Kat Yeh). We are doing very well with PBs these days and eagerly seeking more.

I always think that the fewer the words, the harder writing becomes. To write a great PB you have to turn your story on a dime, with not one word out of place.
What we’d like to see in PB? Everything I said in YA and MG above about ‘fresh concept’ applies here too. Also, could a child and parent read your PB thousands of times and never get tired of it? (As a parent myself, I know how important that is!) This means you need to build in ‘layers’ of meaning within your story, and a great ‘takeaway’. ‘Takeaway’ is key, and it means the ‘message’ implicit within the story. You can’t just describe a pretty scene, a special moment. What is the ‘integrity’ of the story, the heart of what you’re saying/revealing, which means the pay-off, the resolution, gives the reader something important and enduring? What do you know, understand, about life, family, kindness, happiness, meaning, at the end of the story that the young child reader didn’t know at the beginning?

Oh, and you have to do this in a very small number of words. We used to say under 1000, but now we really want a lot less than that. Can you do it in just a few hundred words? Or maybe even with no words at all!

Hey, I’m off to ask John if he will write us a special blog post about the picturebook, where we can go into more detail.

So that’s it for tonight. 2013 has been good for Greenhouse, and we’re seeing increased diversity in what publishers are seeking. However, the bar continues to be raised across the spectrum, and some manuscripts which would have sold a few years ago may not find such an easy path today. And that’s a challenge to us all – authors, agents, and editors. We have to write cleverly, develop and advise authors carefully and helpfully, and publish smartly into an ever-increasingly competitive environment. It’s about finding an edge.

I like a challenge. Do you? Keep on sending those submissions!

Pix: Shots from this Fall. 1) Me, at Fallen Leaf Lake, Nevada, where I was on faculty for SCBWI Nevada’s conference and opening to their fab mentoring program. Look at the strength of this light! NB: my legs aren’t really this huge . . . honestly. 2) Salmon, Nevada. Fascinating – they spawn and then die. But meantime, are compelled to try to swim upstream. Tragic, really. But swimming upstream against the current is what we all do, all the time, in the books industry. 3) En route to Reno in snow – if you’ve a query or ms on sub, you know all about the long,dark tunnel. Right? 4) And finally – dear Lucy, Greenhouse dachsund, passed away on Weds, November 6. She is the red one. I miss her, under my desk.