Welcome to 2015, and welcome to Greenhouse!
I love a good quote, and this one has inspired my last few months: “Just because it’s never been done, doesn’t mean it can’t be done.”*

Those words make me stand taller. They fill me with confidence and courage. And they help me to think in new ways that dare to be different. We don’t need to be watching others to see if we replicate them. We don’t need to be scared of trying something new. Whatever I do, whatever the Greenhouse does, I want it to be done with passion and conviction. That was the spirit with which I created the agency back in early 2008 and now, with my agent colleagues John and Polly, it’s the spirit in which we go into 2015.

As I sit here on New Year’s Eve (with a glass of brandy-laced egg-nog), I have next to me a rather remarkable telephone. It looks like a regular phone, but it’s actually VOIP (Voice Over Internet Protocol). Among Greenhousers it’s called the Batphone. It’s special because it’s programmed with both American and British numbers. If you’re in the US you call me on a Virginia number. If you’re in the UK you use a London number; both come into the same phone.

This is just so cool to me, because it reflects the transatlantic nature of Greenhouse, and the publishing world we inhabit – where opportunities, and authors, can come from anywhere; where we regularly do business with publishers all over the world. It’s recognition that we want to make communicating as easy as possible for ALL our clients and industry contacts. The Batphone is one small example of how our agency technology changes our notions of “Just because it’s never been done, doesn’t mean it can’t be done.”

But new technology is only a means of facilitating business. The bedrock of the business itself is ancient, and it doesn’t change; it never changes. It is still that old, old wonderful thing called Story – and the talented authors who create it. That means YOU!
Let’s tinker with that quote a bit. Writers, how about this version: “Just because you’ve never done it, doesn’t mean it can’t be done.”

Perhaps you’ve been struggling for several years to find representation. Perhaps you’ve received knock-backs. Maybe you’ve been published but you’re scared stiff of writing something new; suppose you can’t make it work a second/third/fourth time? Oh yes, I know the anxieties of the writing life! 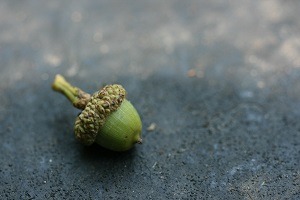 And that’s why I’m more interested right now in encouraging and inspiring you than listing “what I’m looking for” (though I’ll also be doing that in the next week or two). Writing comes from who you are, how you feel about what you’re doing, how resilient you are to setbacks, how ready to change course. And whether you’re prepared to take some risks (whether with voice, structure, genre or concept) and say “Just because it hasn’t been done, doesn’t mean it can’t be done.”

Did you know that a writing career needs major courage? Courage to begin again, to experiment, to use setbacks as a catalyst for approaching your WIP from a new direction. I’m always excited by something that feels fresh, different and ambitious – even if it doesn’t quite come off. Go for it, give it a shot – and then be prepared to work like crazy to get it right.

Maybe at the start of this new year, it’s time to do something new. Finally torch the work in progress that isn’t coming together and embark on that Passion Project you’ve been mulling for ages? Or maybe start writing some short fiction, experimenting with voice and perspective. Perhaps there’s a germ of a picturebook idea in there that needs to see the light of day. Or maybe it’s just time to get serious about writing craft; there’s a ton of resources out there.

Like a clean sheet of paper waiting to be filled, 2015 awaits us – and that’s why I love New Year’s Eve.

“Just because it hasn’t been done – or because you haven’t done it yet – doesn’t mean it can’t be done”.

Wishing you the spirit of adventure in 2015.

* I suspect this is my version of George Bernard Shaw’s “People who say it cannot be done, should not interrupt those who are doing it.”