It’s out there. The idea that because an agent’s been around, doing their thing for a few years, then they aren’t looking for new talent, new writers. Not true – or at least, not for me. I always have room for that special new author who sets my world alight. And there’s nothing more exciting than the physical and emotional sensation of spotting a really special new voice, a new manuscript that touches me.
Right now, I am looking for that new talent. So far it’s been a busy year of new deals (US, translation and film) and as I write I am #2 in Publishers Marketplace’s rankings for US agents selling both MG and YA (this is only about numbers of deals, not value). And #2 in America for 6-figure deals since 2004 (I started agenting in 2008). It’s not a brag-fest; being a good agent is about much more than numbers – and author care means more to me. But maybe it’s interesting for you to know.

So now I’m on the prowl for a great new writer. Or maybe even more than one. I’m greedy like that. I want a big book. Or two. Or three.

What would this big book look like? Well, “bigness” for me isn’t necessarily about a huge deal, big sales numbers. It’s about conviction and excitement. It’s about knowing I’ve found something that I can absolutely get behind, believing it’s going to add to the sum of children’s and teen literature. That might mean it’s beautiful and literary – or that it’s a fabulous commercial idea, powerfully executed. (Since I’ve been an editor all my adult life, I can even help you get it there. I don’t expect some kind of perfection – if that even exists.) 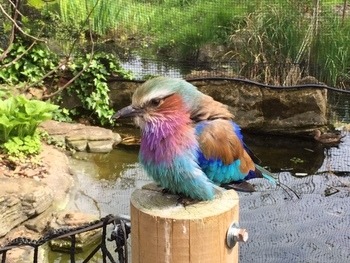 This new author and manuscript could take many forms, but I’m also prepared to be surprised with something entirely unexpected. Based on what I KNOW I’m interested to find, here are some thoughts to get you going:

I love standout voices. Voice means the tone and language you use to get the story and its characters across, both via the narrative and dialogue. It’s not only the story you tell – it’s HOW you tell it. What voice are you finding to tell your story? That might take some experimentation, it might not always come off, but go for it. It’s probably the biggest thing that pulls me into a query/requested manuscript.

Structure and other feats of engineering:

I love interesting structures and perspectives. I rep a book that is virtually told backwards, I rep books told from multiple points of view, and I rep books with a variety of timelines within one story. Have you thought of telling your story differently through structure or perspective? Not a vital component obviously, but something to consider. Again, it’s not only about the story you tell – it’s about how you tell it.

What subjects interest me in any age group/genre?:

Some random things which intrigue me and which I love reading about:

Math, physics, and science. The ocean, ice, sea glass, fog, lighthouses, moodiness. Different countries and peoples (but only if you know what you’re talking about. :); the Middle East, France (modern-day or historical), Italy, Scandinavia, Iceland, the Nordic countries, Ireland (contemporary world, probably not ancient gods etc). Diverse characters, gender stories – but not because it’s a “trend” or mandated in some way; diversity has to spring organically from your story. Dance. Adoption. Friendship. Unreliable narrators. The real world with a strong quirk of strangeness. The line between truth and reality, past and present, right and wrong, dark and light. Big ideas: stories that might seem simple but which make you think in a new way. Ghosts and hauntings – which can be real or distinctly metaphorical. Secrets, lies, betrayal. Also, humour! It’s hard to make people laugh (but fantastic!).

Are you getting the (correct) idea that I have tons of interests?! 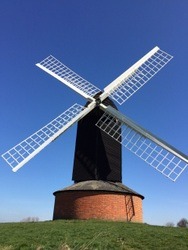 Mystery – told in some fresh way (the thriller market is currently tough). I love the idea of a character seeing something that appears mundane but isn’t, with huge consequences, like in the adult novel THE GIRL IN THE TRAIN.

Retellings of myths from outside European culture.

Maybe historical . . . . but it has to have a protagonist who feels very relatable today and a voice that doesn’t feel stiff or false. I’m still seeking my French Revolution novel.

Concept-led or character-led young chapter-book series with a strong and unique hook; voice is vital here. Around 10K words per book.

Mystery – again genre-crossing, so maybe a foot in the murder-mystery genre and one in fantasy.

Diversity again – stories of kids who haven’t had a voice.

Standalone novels – classic, charming, voice driven, heartfelt. Like Rebecca Stead, Kat Yeh, Tricia Springstubb, Leila Howland. And like THE THING ABOUT JELLYFISH by Ali Benjamin, coming in September from Little, Brown. Stories that are heartbreaking, timeless, inspiring, while still being about small lives.

Does this help? I hope so. My quest isn’t time-limited – it may take one month or six or even more – but I’m going to look forward to hearing from you when you’re ready.

You can do it! Wishing you a happy summer. 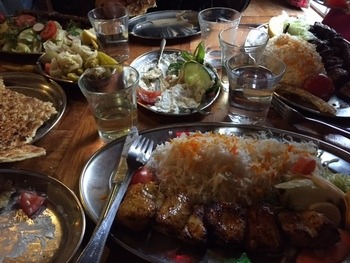 I purposely haven’t included book jackets; this isn’t about other people’s books – it’s about YOURS!
All the images are of things that I really love: 1) Brilliant, bold flowers 2) birds and animals 3) my windmill 4) a rich pastiche of food (in this case Iranian).