I often get asked, “What problems do you most often see in queries and manuscripts?”
That’s a big question, so let’s narrow it down a bit and focus on openings. Are there any kinds of beginnings to manuscripts that I frequently see and which tend to turn me off?
Yes, there are! Here are six that I see all the time.

I see this opening every day in my query inbox. It’s an obvious way to get into a story because it begins at an obvious beginning! But obvious isn’t usually a great idea when you are trying to entice a reader into your story.

“The alarm clock rang. Johnny hated getting out of bed on a Saturday so he pulled the covers back over his head. All too soon his doze was rudely interrupted by his mom calling out from downstairs. ‘Johnny, your breakfast is ready! If you don’t come down now and eat your Munchies you will miss the school bus.’

Johnny dragged himself out of bed, struggled into his jeans, rubbed a hand through his hair and trudged downstairs . . .”

When I see this opening, I know it’s going to take several pages to get me to an interesting, original place in your story. Johnny has to pour the milk, eat the Munchies, talk to his parents and siblings, get on a bus, enter his school . . . . Suddenly I’m 10 pages in. I’m not engaged because don’t we all start the day just like this? Eating cereal isn’t unusual or very interesting. Now, If the boy ate a bowl of worms that would be interesting and worth recounting. Daft example, but you see what I mean? 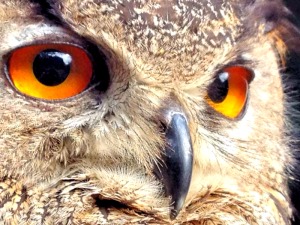 No one can blame a new author for trying very hard, and the writer of this kind of beginning can never be accused of not trying! They know they have to grab an agent/editor, so they’re going to throw everything they’ve got at the start. But the result can be like a balloon so full of air it’s about to pop.

“A poet might say that my head was exploding, nay caught in an infinite destruction of capillaries, as I mused on the futile impossibility of my existence. My ancestral home was redolent of decrepitude and my nasal passages sucked up the mouldering essence of agonized antiquity as I stood at the singularly pulchritudinous gate. . .”

Basically, the author is saying here that the protagonist has got a bad headache as he stands at the beautiful, ancient gate to his ancestral home. The meaning can be distilled into just a few words, especially if you start cutting out adjectives and adverbs.

You might think I’m kidding if I tell you I really do see openings like this, but I’ve had one in my query inbox this week that is even more high-flown than my example. I’m giving you quite an extreme case here, but “over-writing” is a big problem for new authors and I see tons of it.

Beware verbosity and be tough on those adjectives and adverbs. Do you need them? Only include an adjective if it is unexpected. So, a “hairy dog” is a redundant adjective – nearly all dogs are hairy. But a “hairless dog” conjures something we’re not expecting so the adjective is worth including.

In writing, “less is more” can be absolutely true. Muscular, lean writing can be hugely effective. That way, when you DO embellish for effect it will have real impact.

If you are a writer who goes for this kind of beginning, you are trying hard to grab the reader – and isn’t that what we’re always asking you to do? Hmm, let’s see how this opening reads.

The out-of-control car skidded on black ice and hit the truck head on. Glass shot everywhere, metal snapped, mirrors shot off, as the two vehicles whacked each other. The wheels spun in the silence. There was blood everywhere. Everyone was dead, mangled. Except for Sally, who climbed out and looked around her . . .”

The capitalized opening always seems to be a mandatory ingredient here. Sometimes it starts RING, RING (a telephone). Or F…! SH..! That is, major cuss words. But the aim is the same – to shock us into attention. This kind of opening is almost always a prologue, followed by a first chapter which is utterly different and usually quiet (frequently No. 1 The Breakfast – see above).

You don’t need to go full throttle to engage your reader. Sometimes a distinctive, quirky, arresting sentence – placing us at an unexpected entry-point to your story – can do wonders in piquing our interest and keeping us reading on. Also, if your opening is high drama, what is left for the story’s climax?

4 The Everything As Usual

This opening is a very different thing to Nos. 2 and 3. This author wants to start super-low key, so that she can make a contrast with the (hopefully) exciting events that will happen later. But it’s tricky, because if you start TOO low key, that noise you hear may be your reader’s head hitting the desk.

“Absolutely everything was the same as always in the town of Little Snodgrass. The bakery was selling buns, the kids were laughing on their way to the high school, and just like every other Wednesday at 10AM the traffic was crawling along. Nate met his friend Bob and they walked to school together, just like they always did. Little did they know, that everything was going to change . . .”

I see this opening a lot – or slightly less obvious variants of it. Sure, you want to keep your powder dry for what is to come, but this isn’t the best way to do it because you risk losing your reader after a few paragraphs. 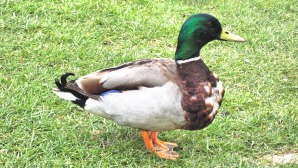 It is really hard to know how much, and what, to include in your opening chapter or two. Arguably, this is one of the toughest issues for a new writer. I suggest you play around with the pacing of information. How much do we need at the outset – and what can be dripped in as the story gathers pace?

Because this is really challenging, I often see an info dump at the start of the manuscript – a dump the author hopes will save them the tricky detail decisions later on. An example:

“Rolling my eyes, I went down the stairs towards my red-haired mom who was dressed in black slacks and a blue blazer at the bottom. On the way down, I saw my reflection in the mirror and wondered why I didn’t look more like my accountant father, instead of my reflexologist mother. I hated my pale skin with freckles, my snub nose, my full lips and my strange silver-blue eyes which didn’t match my really cheap Target jeans . . .”

I have indigestion! My interest in the story has been hijacked by information I don’t need – or not yet. Description doesn’t move the story along; it is only really necessary in as much as it brings your characters to life in some interesting way. You may be in love with your characters, but you have to lead us to love them too, and that’s about show rather than tell. Get us into the story and then drip, drip, the detail in as you go.

I see this opening a great deal in YA. A girl (nearly always a girl, I don’t know why) is about to experience a life-changing summer, but she doesn’t know it yet. Often she’s being sent off to family/friends in Italy/ London/ Paris/ a Scottish castle and she really doesn’t want to go. She wants to be home with her friends rather than visit those sucky European destinations. But wait, amid the confusion of the airport there will be cute boys . . .

“Samantha stood crossly in the terminal, scanning the departure board. She had checked her bag and was fuming as she thought about all the parties she should be at this summer. But Mom and Dad had had to go to China to study ancient papyrus documents, so Sam was being packed off to Aunt Betty’s dismal Scottish castle. What would she do all summer in the beastly cold and mist?

“Suddenly Sam’s eye was caught by a boy who was watching her from the coffee stand. His dark eyes and mane of hair suggested mystery. Then he spoke: ‘Miss, I think you left your phone on the desk . . .’

“Wait. Was that a Scottish accent? Could he possibly be on the same flight as Sam…..?”

There are variants of this one, also in MG. The character whose parent constantly makes them move home, move state, live with grandparents. In each case, you’re underscoring “the beginning as a beginning”. Suppose you began at another place? Looking down on the clouds from the plane? After the arrival? A week later? How can you access your story in a distinctive way that gives your opening a fresh spin?

So here we have six openings that I see a lot in my queries. They’re not wrong – but they are ubiquitous. Nuttily over-the-top as my examples are, they may ring some bells for you to watch out for.

So what makes for a GREAT opening? I will have to save that for another day because it’s a big subject. But – a strong opening will likely be simple – perhaps a juxtaposition of ideas, an overturning of what the reader expects, a uniquely constructed or surprising phrase. Or even a sublimely straightforward sentence like, “I had a farm in Africa.”

And WHAM, BAM, KERPOW! Suddenly I’m in and reading.

Pix: The second two shots don’t have much to do with the theme, but I like them and I’m trying out some new editing software! I thought the owl illustrated the idea of a “bowl of worms” rather well. The duck? Uh, it’s just a duck.