Fantasy writing is not a skill for the faint-hearted author!  The world you create – maybe one very different to our own, with its own rules, logic and appearance – has to totally convince the reader or you lose them because they either aren’t interested or because they just don’t buy in to what you’ve tried to create.  How do authors go about building a wonderful fantasy world? We asked Joanna Meyer, whose debut YA novel, BENEATH THE HAUNTING SEA, is out with Page Street Publishers, to tell us about her process. 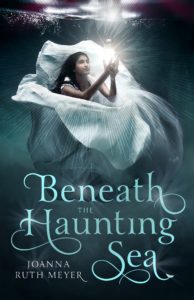 The world in BENEATH THE HAUNTING SEA was born from two images: a tree inexplicably growing in the middle of the ocean, and gods wearing stars on their rings instead of diamonds. An entire mythology grew out of trying to explain those images to myself, and the rest of the world followed from there. The story itself, however, came from a different image: a girl riding on the back of a whale to go and save her mother.

Books come to me in pieces like that, one idea thread at a time, and the challenge is weaving all those threads together into a cohesive whole. Perhaps that’s why my world-building process is a little hard to nail down—I’m not sure it’s the same for me from project to project. Generally speaking, characters come to me first, sometimes with an idea concept attached to them, and I build the story and the world from there. I need to know who the characters are before I can begin to figure out the world they inhabit.

But sometimes that’s not completely true—in one of my WIPs, for example, the story and characters are intricately linked with their three different countries, so I had to do a fair bit of world building simultaneously with outlining.

In any case, when I am building a world, I’ll sketch out timelines, draw (very, very bad) maps, invent countries that will only be briefly mentioned in the book (if they’re mentioned at all), and invariably find myself pondering the beginning of time and all of history. And then of course I have to name everything.

For BENEATH THE HAUNTING SEA, I made up names for the countries (and most of the characters) using a crude naming language, while borrowing a few other names from Norse mythology. Enduena and Ryn—main-character Talia’s desert homeland and the gloomy island province she’s banished to, respectively—were inspired by India and England during the Victorian era, only with the countries’ roles reversed (I didn’t want to make an exact copy of our own world, and I thought it might be interesting to explore). 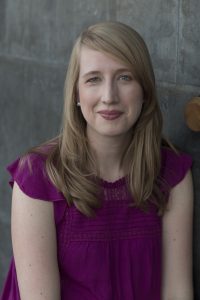 For my fairytale retelling ECHO NORTH (publishing in 2019), I knew I wanted the majority of the book—especially the journey at the end—to take place in a bitterly cold winter environment. So I looked up pictures of Siberia, and found gorgeous frozen landscapes that seemed to be infused with actual magic. Those landscapes inspired whole sections of the novel, and the book wouldn’t be the same without them.

think that including real-life details can help to keep a fantasy grounded. I live in the Phoenix area of Arizona, and when I was eleven or twelve, I toured a Victorian house downtown. The tour guide mentioned that in the days before air-conditioning, people would hang damp sheets in open windows to create a cooling effect when the wind blew through. I thought that was absolutely fascinating, and those damp sheets eventually found their way into one of Talia’s memories of her palace life in Enduena.

It’s crucially important, while creating worlds, to be consistent with the rules you set. If there are going to be talking animals or shapeshifting people or enchanted houses, those things have to make sense with the magic system you’ve established. But that’s also the fun part—you get to make the rules, get to mold and shape them until they meet your stories’—and your characters’—needs.

So let the worlds you create grow naturally out of the stories you’re telling. Infuse them with truth and detail. Give your characters an intricate tapestry on which to live and breathe.

You can find out more about Joanna and her work on Twitter at @gamwyn or her website: www.joannaruthmeyer.com