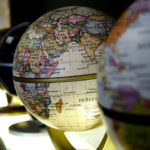 This morning I was taken from Malaysia to Manchester, spent some time on the moon and was catapulted into the future. I visited one dystopian world that has been drowned, and another that has been starved of water. Heroic teenagers led me to university and into despair and I followed them into – and out of – love. Toddlers told of monsters under beds and taught the value of friendship (and of counting).  Yep, this morning, I spent a few hours reading queries.

Much as I enjoyed the majority of them, and impressed as I was by many, there were a few things that made me groan inwardly – the sorts of small things that crop up over and over in submissions and that, as a result, can make an author’s voice seem run-of-the-mill. Here – in no particular order – are some of them in the hope that some of you might find it useful to know some common pitfalls.

Over-emphasis on a protagonist being ‘ordinary’. We all are (until we discover that we’re not).  And most of us live in pretty ordinary houses in pretty ordinary places. Your reader doesn’t need to know that explicitly. What we want to know is what makes your character(s) out of the ordinary. (Harry Potter being an orphan or schoolboy? Boring! His magical powers? Now I’m turning the pages . . .)

Straightforward recounting of a protagonist’s appearance.  PLEASE! Avoid having your 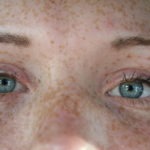 character look at themselves in the mirror and recount what they look like. This is an immediate turn off. Does anybody really gaze at themselves and think, I have blue eyes, freckles smatter my nose and my long dark hair is falling in a wave down my back?  OK. That’s a bit of an exaggeration. But that sort of thing crops up way too often. It is bad writing and, more importantly, unrealistic. We may glance in the mirror and wish we were thinner/taller/less frizzy of hair, but even as a teenager, the gazing is about perfecting eye-liner flicks and hair spikes, not about reminding ourselves of our eye colour. Show us, don’t tell us, how your protagonist looks – but also have a think about how vital it is that we have an exact description.  Your reader has a fab imagination. (Note:  This week in queries – I’m not sure why – there has been a preponderance of characters tucking their dark/light/curly/straight hair behind their ear . . .) 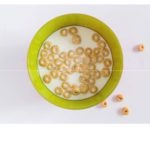 words) that describes every minor detail of a character boarding a plane, including the colour of the lipstick the woman at security is wearing.  Two things here:  ‘147,000 words’ makes me immediately think that that is at least 57,000 words too long.  And why are you telling your reader about the colour of Security Woman’s lipstick? Is it relevant to your story? Does it play a part later on . . . or do we never see that woman or her lipstick again?  Experience would suggest the latter. So CUT IT OUT!  Get your protagonist to his or her destination and get us into your story without delay. Not only will you improve your novel by leaps and bounds, you’ll find you are shedding excess words with ease.

Cutting irrelevant detail also applies to What Your Character Eats for Breakfast, The Sock Colour of Your Character’s Father, What Mum is Wearing to Work Today and How Much Porridge Baby Sibling is Splattering Everywhere.

The baddy who stands out like a sore thumb.  In real life, the morally 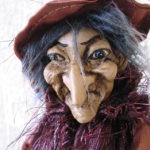 corrupt tend to look like the rest of us. Otherwise we’d be able to avoid muggers, burglars, carjackers and fraudsters etc. Yet when it comes to querying, the majority of authors stick up a red flag and a big sign declaiming HERE IS THE BADDY.  So, I say, down with ‘fetid breath’, ‘crooked teeth’, ‘yellow teeth/eyeballs/armpits of shirts’, ‘body odour’ and general sliminess when it comes to describing a baddy.  How about a baddy who – until the horrible realisation dawns on the protagonist of what they are up against – appears to be trustworthy, ordinary and pretty darn average?

An adult character taking over the opening pages.  You are writing for young people, right? Sure, 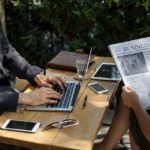 there will be adult characters in your story. But is it logical to have them front and centre in the opening pages? Most children, teens and young adults want to read about people like themselves. They want to know who they are rooting for from Page One. All too often though, manuscripts open with the back-story of a sad uncle, of parents who are deep in conversation, of the old couple who live next door, of the boring teacher at school. It is, of course, fine to have any or all of these things, but not if they mean your young characters – the heart of your story – don’t appear for two or three pages.

Dialogue. Years ago, I heard Maeve Binchy describe how she would regularly sit in her local pub with 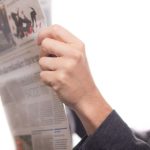 the Irish Times (a broadsheet) held open in front of her.  She wasn’t reading, or drinking. She was, she said, listening to the people around her so that she could ensure the dialogue in her novels was as authentic as possible.  I’m not advocating that writers should sit in the pub all day (though I can see the appeal), but listening to the way people speak and working to get that into your manuscript is time and effort never wasted. All too often queries come in where children sound middle-aged and dialogue is stilted. But here’s the thing:  if I’m in two minds about a query, I focus on the dialogue. If it’s convincing, I’ll call in the full manuscript.  If it isn’t, it’s an immediate pass.

As Maeve Binchy said, in real life people say, ‘When I was walking down the road . . .’ so why have them say, ‘Whilst I was perambulating down the thoroughfare . . .’ in your novel?