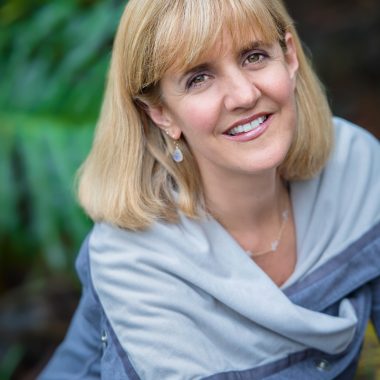 Annemarie O’Brien has an MFA in Writing for Children & Young Adults from Vermont College of Fine Arts. Her debut novel is LARA'S GIFT, and she lives in California.

In addition to Annemarie’s own writing, she teaches writing courses at UC Berkeley and Stanford and edits children’s books for Room to Read. Before that, she worked for many years as a Privatization Advisor and Consultant in Russia where she got her first borzoi dog, Dasha.
It was through her experience of finding Dasha, coupled with stories her Russian Professor told her about his ancestors who bred the famous Woronzova line of borzois for the Tsar, that her debut novel LARA’S GIFT evolved. Annemarie currently has two borzois, Zar and Zola, and keeps her hand in with all things Russian through her advisory work with Eurasia Strategy & Communications.

Set in Imperial Russia, full of color and authenticity, this is a powerful, moving and impeccably researched story of one girl’s love for her dog. Marley and Me meets Dr Zhivago!

I never thought of myself as a writer. But in 1996 when I started writing stories in Russian for Safet Keso, my professor in Sarajevo, Bosnia, he recommended that I get them published. I quickly realized that it would be much easier to get published in my native language and started writing in English. When I returned to the United States in 1998, I took writing courses at UC Berkeley and Stanford where I now teach, and then enrolled in the MFA Writing for Children and Young Adults program at the Vermont College of Fine Arts in 2006. My writing career officially took off when I graduated in 2009.

The first book that had a true impact on me was an adult book called FOUNTAINHEAD by Ayn Rand. It showed me that I should follow my heart in whatever I do. My favorite picture book was HARRY THE DIRTY DOG by Gene Zion. My favorite childhood heroes were Lassie, Lady and the Tramp, Kimba and all of the dogs in 101 DALMATIANS. With all these animal characters, it’s no wonder I’ve written a book about a borzoi dog named Zar.

Ten years ago I got a tour of Knopf. As I gazed around the room at all the wonderful books Knopf publishes, I said to my friend, 'It’s my dream to one day get published by Knopf'. She laughed at me and said, 'Yeah, you and everyone else.' I knew she was right, but I didn’t give up. I worked on my craft, got a MFA in writing for children and young adults, and along the way my manuscript, LARA'S GIFT, won the 2009 Houghton Mifflin Clarion Award for best manuscript and was a finalist for the 2010 Katherine Paterson Writing Prize. I now teach writing for children courses at UC Berkeley and Stanford and edit books for children for Room to Read. The biggest moment in my writing career was when Erin Clarke, editor at Knopf, offered me a contract for LARA'S GIFT.

Describe your writing day. Where do you write? How do you organise your time? Where do you look for inspiration?

I am always thinking about my craft and can write anywhere. I don’t get big blocks of time to indulge in my writing and have to steal moments throughout the day to work on some aspect of my craft. I am forced to be efficient with my time and rarely ever have writer’s block. My inspiration comes from within. I want to write books for kids that I wanted to read.

Persistence. Don’t give up. Take writing courses. Join SCBWI. Form a writing group and think about getting a MFA at Vermont College of Fine Arts.

This is a tough question. Through VCFA, I am fortunate to know many good authors and have had the pleasure of dining with them. Depending on what I was working on in my own writing, the answer could vary widely from Markus Zusak, MT Anderson, Mal Peet to Pushkin, Tolstoy or Chekhov. The characters I wish I had created include Harry Potter, James Bond, Lassie, Yuri Zhivago, Howard Roark and the Little Prince.