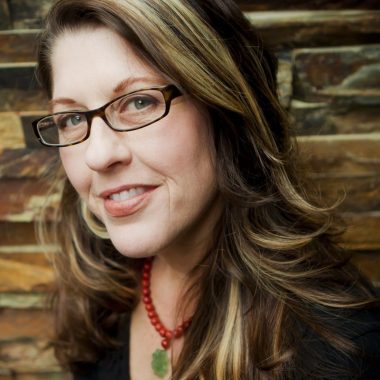 CJ Omololu is the author of several YA novels, including THE THIRD TWIN, published before she passed away in 2015.

She is the author of DIRTY LITTLE SECRETS, TRANSCENDENCE and INTUITION, all published by Bloomsbury. THE THIRD TWIN, her final novel before she passed away on the eve of 2016, is published by Delacorte. She remains a much-loved and always remembered member of the YA writing community, and her books remain testimony to her considerable talent.

A smart, contemporary, page-turning thriller, with a fabulous twist!

In the sequel to TRANSCENDENCE, past lives and lost loves make the present more dangerous than ever.

Full of danger, romance, and intrigue, TRANSCENDENCE breathes new life into a perpetually fascinating question: What would you do with another life to live?

You can only hoard your troubles for so long.

I got a very late start – I didn’t write anything longer than a grocery list until after my kids were born in my 30s. I never kept a journal, never wrote short stories, but when my kids were small I thought that maybe writing kids books wasn’t that hard. I was VERY wrong about that, but writing picture books led to writing YA, which has turned into my real passion. Goes to show it’s never too late to start something new.

While I didn’t write when I was young, I read A LOT. The book that made the biggest impact on me was one I got from my Scholastic Book order in fourth grade – DAR TELLUM, STRANGER FROM A DISTANT PLANET by James R. Berry. It’s a science fiction story about a kid who makes telepathic contact with someone on another planet who helps him solve global warming. I recently found a copy of it on Ebay and bought it right away.

I also loved the ALL OF A KIND FAMILY series by Sydney Taylor, I think because their lives were so different from mine in Southern California in the 70s.

I got the idea for my first YA novel DIRTY LITTLE SECRETS when I was reading a magazine on an airplane. There was an article about adult children of hoarders and I found it fascinating as they talked about their lives as kids and how it affected them as adults. This was back in 2008, before there were any TV shows about hoarding and it was relatively unknown. I’d just started writing YA and found out that nobody had written a hoarding book, and for me, that was the best reason in the world to do it.

I got in contact with several of the women who were profiled in the article and they were invaluable in telling me stories and reading drafts to tell me what was right and what was wrong. I knew that my main character Lucy was going to find her mother’s body in the middle of their hoarded home and that she was going to try to ‘fix’ the house before calling 911. One woman asked me what was going to happen at the end, and I told her that I wasn’t sure (at that point, I wasn’t much of a planner), but I thought that Lucy would eventually call for help, realizing that none of the problems were her fault. She told me that this wasn’t the way this story ended and gave me what would eventually be the ending of the book. I won’t give out any spoilers, but it’s pretty controversial, and the deeper I got into the book the more I realized she was right – this was the only way for Lucy’s story to end. I learned at that point that a book is never written in a vacuum; that you need input from other people to make the best book possible.

Was it hard to get an agent ? Can you talk us through the process?

Okay, I’ll be honest here – I’ve had two agents. I met my first agent at a conference, sent her a manuscript and after revisions, we signed together. I’d never really gone through the query process and when that relationship came to an end, I was unprepared for how difficult it would be despite the fact that I’d already published three books. I sent out some queries and got some good responses, but from the beginning, I really loved Sarah’s enthusiasm and the wise ideas she had for the manuscript.

I think choosing an agent is a combination of information and gut feeling – you have to go with the person that ‘feels’ right as well. Changing agents isn’t something that you do lightly and I’m so glad to be with Greenhouse Literary.

I’m useless in the morning, so I don’t even try to write before about 11:00 AM. I do things like walk the dog and catch up on laundry and settle down to write for a few hours after lunch. I used to just jump into a project, but now I do a modified version of the concepts in the writing book SAVE THE CAT by Blake Snyder – I have an actual bulletin board with index cards where I outline the scenes of the book. If I’m drafting, I keep myself to a hard 1,000 words a day (sometimes 2,000 depending) minimum and I can’t go to bed until I’ve done that. When I’m on a roll, I often write late into the night – honestly, my best work usually comes between 11:00 PM and 2:00 AM, but as I have to get up with my kids at 6:30, I can’t do that for long.

First drafts are hard for me, so the goal is just to get the story down on paper and I usually do heavy revisions, sometimes (okay, often) involving chopping off the last five chapters and doing them all over again. Several times. I try not to read anything in the same genre while I’m writing, but I always read a few pages of NICK AND NORAH’s INFINITE PLAYLIST by David Levithan and Rachel Cohn because it’s one of the best examples of character voice and it always gets me fired up. That, and tons of coffee.

Don’t find out how hard it is to get published, or you’ll never try. Make sure you spend the time perfecting your craft and writing lots of books that won’t ever get published because then when you do write something that’s ready, it’ll be awesome. I think a lot of people are focused on being published rather than learning how to write better and don’t necessarily start with their best work. I usually spend two or three months just thinking about it without putting one word down and that to me is the most valuable “writing” time I have.

1. Take your time.
2. Gets lots of advice from several readers.
3. Nothing in your work is sacred.