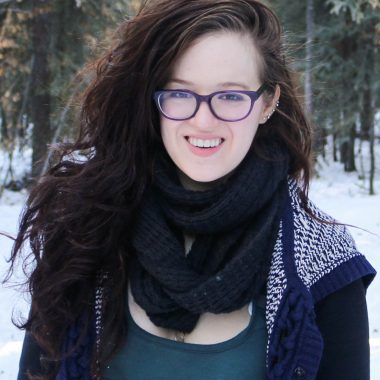 A Southern California native, Heather Ezell’s first novel – NOTHING LEFT TO BURN – will publish with Razorbill in 2018.

Though by many definitions a high school dropout, Heather ultimately graduated from Colorado College with a degree in English Literature and Creative Writing. After a brief spell of graduate school in Interior Alaska, she now lives in Washington State and–along with writing–freelance edits, occasionally teaches, and practices amateur ballet.

Nothing Left to Burn

The classic, short answer: I’ve been writing since I learned how to combine letters into words. One of my earliest memories is sitting in my principal’s office in the first grade. I was wearing an absurdly poofy dress and proudly sharing a story I’d written (and illustrated) on colored construction paper, complete with scissor-frayed edges.

But I’ve been writing regularly and seriously since I was thirteen, 2005, when I was pulled out of the 8th grade for health issues. And because I’m such a ritualistic person—even while out of school and bound to couch—I created a rhythm to my days: a Harry Potter film in the morning, some hours of reading and writing fan-fiction, waiting until 3 p.m. for contemporary TV reruns, and more reading and writing until I retreated to my bed. My days were centered around stories, both of my own making and otherwise.

However, rather quickly my fan-fiction turned into writing my own novel, which I completed in the spring of 2006. After my first serious revision, I started querying later that year (bless my fourteen-year-old heart), kicking off my eight-year-journey of searching for an agent. All the while, I continued to write. And, sometimes, go to school.

Oy. There is of course Harry Potter, which led to my Quizilla fan-fiction obsession, which taught me how to tell a compelling story. I don’t remember much of what I read before I was thirteen (I don’t remember much before then in general!), but during my couch-bound time I devoured whatever Margaret Atwood, Laurie Halse Anderson, Francesca Lia Block, Ellen Hopkins, and Sarah Dessen had published.

Also, Stephenie Meyer was, in many the ways, something of a mentor hero to teen me. I befriended her over email the month after TWILIGHT was published and somehow conned her into reading my horror of a first draft. She was my first reader and taught me the art and necessity of revision when she sent me a ten-page edit letter (no joke!). She was my mentor and advocate in the year after I finished my first draft and during my initial round of querying. And while I’m sure I would’ve continued writing if she hadn’t bestowed me with such criticism and support, it surely would’ve taken me far longer to understand what revisions actually entail. I’m forever thankful for her friendship during that time.

Oh goodness am I grateful that I started working on my first book when I did—there is so much freedom in drafting your first novel when you’re thirteen and naïve to the publishing process! I wrote for me, out of boredom, out of a want to experience a “normal” teenage life. I had no concept of publishing, process, or what was ahead. So the key moment: starting. Starting my first book when I did, for all the right reasons (a desperate love for storytelling), was absolutely key.

And then… during the years of rejection that followed, pressing on. Not giving up. Offering myself time to grieve after the close calls that ended with a no. Knowing that I am a writer, regardless of the outcome. Revising, revising, revising and, later, rewriting from page one. Also key for my process: working on new projects and giving time for my first book to simmer on a USB.

Hahahahaha. It was SO hard to get an agent! As aforementioned, I started querying in 2006. From then on, for eight years, I went on a query round (both for my first and second book) nearly every year after significant revisions. It was, well, madness—with so many full and partial requests that led to nothing, and an agent who offered only to soon after disappear from an agency, and silent noes and loud noes. Perhaps all of the close calls gave me the hope to keep at it, but oy was it exhaustive. I took a querying/revising break in 2012 and 2013 to focus on my undergrad studies and to heal creatively, but otherwise my querying/rewriting process was ruthless on all ends.

My writing schedule is in constant flux but I’ll share my ideal writing day and what most keeps me sane: a minimum of two hours in my manuscript. Sometimes this changes to one hour, or thirty minutes, or two hours a week, or six hours a day.

These days, I wake up and do my morning rituals and try to get to my writing in as soon as possible. I get some four hours in and move onto other work (freelance work lately), and if the day allows, I return to manuscript (or a secret project) in the evening. I’m living an ideal writing set up, after some years of drought-like habits. It’s luxurious.

Though I sometimes write at my desk, I’m most frequently set up on the floor. I swear I’m most productive when writing on my stomach (preferably beside a fire)! Inspiration comes from taking walks (especially with my dog), reading, freewriting and meditation, and—when I’m visiting home—getting into low-stakes arguments with my mom (she’s also a writer) over outlandish ideas and criticism and my loud typing.

The classic: keep writing. Don’t give up. Be stubborn—both in terms growing as writing and about what you want. Learn the joy in revising. Learn the joy in waiting (it’s time to work on something new or take a much needed mental break!). Allow space to grieve rejections but celebrate every success (a personalized rejection or a full request or a finished draft or anything!). Take care of yourself, first and always. Keep writing. Remember why you showed up to the page in the first place.

Learning I can break rules and bend norms, acknowledging my process is often speed-drafting a skeleton draft first and then outlining (still working on improving at the outline thing), and that most often less is more (also something I’m still working to develop further!).

Oh my, I’m going to reveal my academic side. James Joyce, Willa Cather, Toni Morrison, William Faulkner, Margaret Atwood, and so many fabulous contemporary YA authors (I’m totally cheating but there are SO many—but Laurie Halse Anderson, for sure).

Hm. Hm. Hmmmmm. ​​I simply must cheat again. ​Meil from Anna-Marie McLemore's WHEN THE MOON WAS OURS...​ Luna Lovegood,​ ​​Buffy, and Charlie from ​I​t's ​A​lways ​Sunny in ​Philadelphia​.​