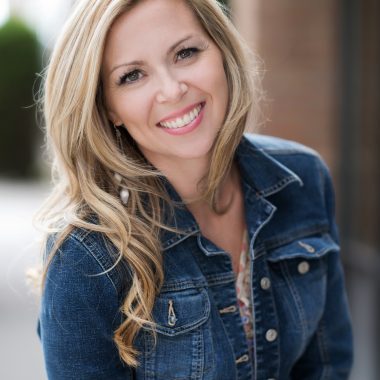 Jessie Humphries writes fun and pacy YA. She lives with her family in Las Vegas.

Jessie Humphries’ debut, KILLING RUBY ROSE, is a  fabulous “thriller with a difference” in that it injects a YA crime drama with fun – and some fabulous shoes!  RESISTING RUBY ROSE followed – both published by Amazon, in novel form and as a Kindle serial.

She received a B.A. in Theatre Arts from San Diego State University and a law degree from UNLV— an education which might make her a bit over-dramatic in the courtroom, but brazen enough to write a legal thriller. Jessie currently practices law and has a successful writing blog called the B-Word: www.jessie-humphries.blogspot.com. She lives with her family in Las Vegas.

Introducing Ruby Rose, ‘the Taylor Swift of justice’ – and star of this uniquely sassy, conceptually outrageous debut thriller that is smart, pacy and full of wit (and great shoes)

After having my second child, I found myself cooped up in the house a lot—holding babies, feeding babies, crying with babies, etc. I started reading for fun, which was not something I had been able to do for years. Throughout law school and those first years of practicing law, all my time was devoted to educational or work-related reading. So when a few of my colleagues started a reading club, involving mostly young adult books, I was all over that. I began devouring books and somewhere along the way I had the crazy thought, “I can do this! I can write a book. Compared to taking the bar, it’s got to be totally easy.” Turns out it’s not as easy as I thought, but more rewarding than I could have anticipated.

The first book that comes to my mind is WHERE THE WILD THINGS ARE by Maurice Sendak. I remember sitting criss-cross-applesauce on the floor of my elementary school library, being mesmerized by the librarian’s reading of the book. I think I loved the idea of being transported to a terrifying yet magical place. Facing fears and confronting “monsters” has become one of my favorite themes.

Writing my first book was a hot mess. I was on fire with the idea of creating another world, fascinating characters, and an enchanting setting. I had no clue what I was doing of course, but it didn’t matter. I was swept away on an adventure unlike any other I’ve ever experienced. But when I was done, and shared it with a few people, it came to my attention that…it SUCKED! As in, the total opposite of awesome: derivative, cliché, confusing. I was crushed, because it was true. I had never taken a creative writing class. I had no idea what story structure was. And I certainly didn’t know that a bunch of dream sequences was a writing crime punishable by death. That’s when I stopped writing for a while and started researching. I got online and began reading blogs, finding that authors and agents are pretty generous with their writing advice. One of the most important recommendations I found was to attend a writing conference. So I did, and that’s where I met my two current critique partners who have taught me everything I know. It took many more years of writing crap before I learned some solid writing skills and began catching the attention of agents.

Yes, I would say landing a top agent like Sarah Davies is somewhere between “hard” and “the most difficult thing I’ve ever done in my life.” But like anything rewarding, I don’t regret the time, effort, sacrifice, pain, sweat, tears, and popped-out rib (not joking) that it took to make it happen. I realize for some select few, signing with their dream agents a few days after querying is possible (but even then we don’t know how long it took them to become prepared). It didn’t happen like that for me. Over the course of several months, I received many no’s while at the same time receiving several yes’s. Some of those no’s were on queries, and some were on partial or full submissions. Though before any offers of representation were extended, I received several R&R’s (Revise & Resubmit requests). I took these very seriously and spent many months carefully considering feedback from agents on how I could improve my manuscript. It was a marathon up treacherous and steep terrain, but when I signed with Sarah it was one of the best moments of my life. I felt like Rocky (IV), making my way to the top of the Russian mountains. Sure it’s “hard” jogging through three feet of snow, chopping down trees and pulling a bobsled in subzero weather, but there’s nothing like spreading your arms to the sky and screaming a victory roar to the soundtrack of “Eye of the Tiger.” This is an analogy by the way—I didn’t really find a mountain and do that. Well, maybe I did. I guess we’ll never know…

Describe your writing day. Where do you write? How do you organize your time?

This is what a good writing day might look like (Warning—this list might cause light-headedness, nausea or stomach pain): wake up at 6:00 a.m., ride my beach cruiser up the street to a comfy couch at Starbucks, write until 7:30 a.m. when I have to get all the kids up, dressed, fed and off to school, go back to writing at 9:00 a.m., pick up kids at 11:30, make lunch, dinner, get some work done for my other job, carpool to basketball, dance and soccer practice, etc., and then go back to writing again from 7:00 p.m. until 10:00 p.m. when Barnes & Nobel kicks me out. That’s about seven hours of writing time if I’m lucky. I don’t “organize” my time as much as I “squeeze” as much of it out of life as I can.

Where do you look for inspiration?

• Write your heart out because you love it, and revise your guts out because you have to.
• Take the time you need to get it right. Don’t query or submit prematurely. I’ve made that mistake and it caused me more stress and heartache than was necessary.
• Get involved in the blogosphere. There is no better way, in my opinion, to learn the ins and outs of publishing. There are way too many helpful blogs out there to ignore.
• Go to conferences and meet other writers. Get out of your hole and put yourself out there: talk to other writers about your books, pitch to agents, make contacts with editors and publishers.
• Never stop writing. It’s easy to get bogged down in social media, queries, etc. Always come back to the stories and write as much as you can.

I love lists:
1) Find your “voice”—work hard to develop your distinctive style of writing that is unique to you. Whether you write beautiful prose or snarky dialogue best, focus on what you do best and maximize it.
2) Read—study what other successful authors do to craft a good story. Read within your genre (and occasionally outside your genre for balance) to learn the rules, the dynamics, and the structure that will help inspire and teach you how to do it right.
3) Get to know your characters—create a “Character Bible” where you list every character and every detail about them, whether it will matter or not. I never used to do this and it showed. Spending time with your characters outside of the scenes that actually make it into your book can be very valuable, and make all the difference in how your reader connects with your story.

I would invite Ally Carter, JK Rowling, Suzanne Collins, and Oprah. I know that Oprah doesn’t exactly write books in my genre, but it would be the most fabulous dinner party ever, right? She’d invite Celine Dion to serenade us, Wolfgang Puck to feed us, Ellen Degeneres to entertain us, and buy us all cars as a party favor. Hey, a girl can dream!