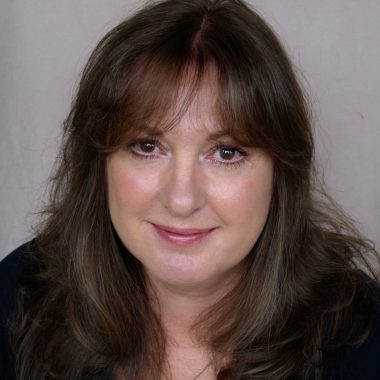 Julie Bertagna is the acclaimed author of several novels for children and young adults, but is best known for her dystopian EXODUS trilogy. She lives in Glasgow, Scotland.

Julie Bertagna is an author with a track record for children’s and YA fiction that is both commercially successful and critically acclaimed. Her dystopian sequence – EXODUS, ZENITH and AURORA has won her a loyal fanbase and garnered many stellar reviews. EXODUS was shortlisted for the Whitbread Children’s Book of the Year, won the Lancashire Children’s Book of the Year, won a Friends of the Earth Eco Award (UK) and a Santa Monica Green Literature Prize (US), US Booklist’s Top Ten SF/Fantasy for Youth 2008, The List’s Best Books of the 21st Century, and has been translated into many languages. It was been described as ‘a miracle of a novel . . . a book you will remember for the rest of your life’ (Guardian). ZENITH was shortlisted for the Angus Award in Scotland and won the Catalyst Children’s Book Award.

Her contemporary YA novel THE OPPOSITE OF CHOCOLATE was shortlisted for the Booktrust Teenage Fiction Award and won the Erskine Stewarts Melville Prize.

Julie is also the author of a couple of titles for younger readers. DOLPHIN BOY was shortlisted for the NASEN Special Needs Award and the Blue Peter ‘Book I Couldn’t Put Down’ awards. THE ICE CREAM MACHINE was made into a TV series on Channel 5.

Most of Julie’s books are published in the UK by Macmillan Children’s Books; the EXODUS trilogy is published in the USA by Walker. For a full list of her books, reviews, and lots more info, see Julie’s website at www.juliebertagna.com.

In a drowned world, can refuge be found?Less than a hundred years from now, the world as we know it has disappeared beneath the sea. Only fifteen-year-old Mara has the vision and the will to lead her people in search of a new beginning in this harsh, unfamiliar world.

I can’t remember a time when my head wasn’t full of stories. I was always escaping into other worlds, reading and making them up myself, and later wrote freelance for newspapers. But it wasn’t until my first year as a young teacher that I got around to writing a book. The school was in a deprived urban area and it was hard to get the children - mostly lovable young tykes - to read.

I began to write THE SPARK GAP for those kids and, to their delight, put some of them in the story, never believing that one day it would be a published book. Last week, via facebook, one of my ‘characters’ - now grown up - got in touch!

When I was four my dad took me on my first visit to our local library, a grand old pillared building that seemed like a palace to me. I was outraged when I found my beloved book, HEIDI, there. I’d thought HEIDI was mine alone and had no idea there was another copy in the world. I remember being amazed when dad said I could choose books to take home. But I only wanted one: HEIDI. I sat down on the floor to check if this really was the very same book and realised with a great thrill that I could read the words underneath the first picture all by myself: ‘they came to the little village of Dörfli...’

I was ill a lot with chest complaints and lived in my head. Books became magic carpets that took me on endless adventures: to Narnia, to Austria with the CHALET SCHOOL girls, on quests like THE SILVER SWORD and into the mystical worlds of Alan Garner and Ursula Le Guin. Like Anne of Green Gables, I dreamed of becoming a writer one day...

To my amazement Judy Blume’s agent, Herta Ryder, the first one I tried, took me on right away. I never met her because I was furiously re-drafting my book before I had a baby and she had just found out she had cancer. Despite being so ill, she placed my book with a publisher just three weeks before she died. Judy Blume wrote her obituary in The Guardian, saying the young writer who was Herta’s ‘last mission’ in life would never know how lucky she was. But I did know.

Everything else that’s happened since - writing other books, working with fantastic people, winning awards, meeting readers and new friends and some of my writing heroes, and all the ups and downs and setbacks along the way - rests on that moment. When things feel difficult, I always remember that great act of faith and it spurs me on.

Describe your writing day. Where do you write? How do you organise your time? Where do you look for inspiration?

My writing day begins when my husband and daughter leave for work and school, and ends when they come home and want fed! I often work in the evenings.

When Natalie was little I’d scrabble for time to write, so I’d take her to play in a park and when she fell asleep in her buggy I’d sprint for a cafe and write at top speed until she woke. Now I mostly write at home in a lovely bright room that looks out onto a little city oasis of trees and wildlife - and in winter when it’s miserable outside I tuck myself away in a tiny study that’s actually an 1860s wine cellar. But I still head out with my laptop to a local cafe, or if it’s sunny there’s a beautiful spot in the Botanic Gardens overlooking the city - writing amidst the buzz of the world, in different places and atmospheres, brings inspiration.

Key scenes in my books were written in that way - beside a Scottish loch that was so still and silent it felt primeval, on a boat on a starlit Greek sea, in a glacier in the Swiss alps, or by candlelight in my garden with the midnight sky still twilight overhead. It mentally separates me from ‘normal’ life - and the always-looming housework! - and catapults me into the world of my story. A good workout in the gym with the ipod blasting also unblocks my head!

Be your own fiercest critic but hold onto your own vision and self-belief (not easy). Find people who can help you become the best writer you can be - listen hard to them but also to your own instincts. Use your heroes as inspiration when the going gets tough or things are not working out as you’d hoped - the journeys of other writers, sports people, etc. can help you find your own true grit. Always go that extra mile and never settle for ‘good’ - aim for ‘great’.

A lifetime of reading and absorbing how great writers make a story work. Self-discipline: putting in the necessary effort and hours. Having the nerve to go off at an unusual tangent while sculpting an idea and honing the words to find a way of telling a story that feels uniquely my own.

I’d have a rowdy rabble. I’d resurrect Shakespeare, also Edith Wharton and Henry James - two great friends who would analyse the world with blade-sharp wit. I’d have Philip Pullman and Anne Fine for that same reason. Jo Rowling and fellow Edinburgher Debi Gliori would fit in nicely on that score too, so the more the merrier. And I’d have actor/writer Rupert Everett as wine waiter, just to stir things up even more.

I wish I’d invented the one and only Cassandra Mortmain in Dodie Smith’s I CAPTURE THE CASTLE - and Dr Who.