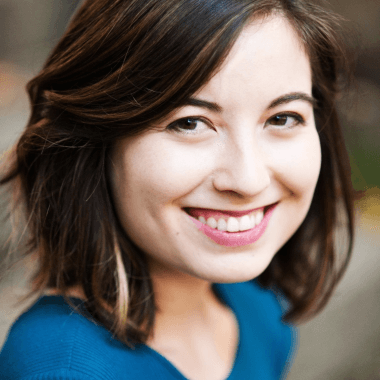 Tae Keller is the Newbery Award-winning author of outstanding fiction for middle-grade readers.

Tae (pronounced Tay) Keller grew up in Honolulu, Hawaii (where she danced hula for eight years), and graduated in English with a major in Creative Writing from Bryn Mawr College, where she won the M. Carey Thomas Prize – the highest award given for distinction in writing.

THE SCIENCE OF BREAKABLE THINGS, her debut novel, was sold in a fierce bidding war and published with Random House in 2017.

Tae’s second novel, WHEN YOU TRAP A TIGER, published in 2020 and (after gaining 5 starred reviews) won the Newbery Medal and the Asian/Pacific American Award for Children’s Literature at the American Library Association Awards in January 2021.

She lives in Seattle.

When You Trap a Tiger

Winner of the Newbery Medal and the Asian/Pacific American Award for Children’s Literature, this is an unforgettable novel about family, the power of stories, and finding your voice.

The Science of Breakable Things

With themes of pre-teen friendship, loss and depression (and botany!), this hooky debut is both fun, poignant – and hopeful.

My mom is an author, so I grew up watching her tap away at the keyboard. It wasn't long before I decided to "self-publish" my own series (read: construction paper, crayons, and a Xerox machine). I was four, and I wrote detective stories about my favorite stuffed animal and her monkey sidekick.

I remember reading the Magic Tree House series on my own and feeling, for the first time, like a capital-R Reader. After that, I found Louis Sachar and Gail Carson Levine, and my love for reading grew.

I wrote the first ten pages of SCIENCE OF BREAKABLE THINGS as a Freshman in college...and then promptly buried it. I knew I had something, but I had no idea what to do with it. I found the pages years later, after writing many failed manuscripts (aka, a whole lot of practice), and this time I knew what to do. The story took off, and I had a first draft just a few weeks later.

Getting an agent never felt like something that would actually happen, so I submitted, crossed my fingers, and tried not to obsess too much (may or may not have been successful with that...). Landing with Sarah was a dream come true.

I write in the mornings, until my vision goes bleary and every other word is a typo (usually until mid-afternoon). After that, I take my dog for a long walk, and then get chores done--or do some reading if I'm lucky. My mom (writer and creeper that she is) always said the best inspiration comes from eavesdropping, and I really believe that. Sometimes I'll sit in public places with a notebook, recording pieces of conversation. It's not weird if I'm a writer, right?

I've always worked on dialogue and character development, but I only recently discovered story structure (#latetothegame). Developing my plots has exploded my storytelling, and lets me use my mathy brain -- which I'd previously dismissed as useless, whoops. My favorite tool has been the story grid (storygrid.com), and I'm a bit obsessed with it.

Which favourite authors would you invite to a dinner party?

If any of my author heroes showed up at my door, ready to sit in my kitchen and eat my food, I think I'd be too starstruck to speak. So I'd probably just invite my closest writer friends over for dinner.

But if we're playing living or dead I'd have to go with Jane Austen: queen of subtext and satire.

Which fictional character do you wish you'd invented?

Olaf, from Frozen. Because (let's be honest) he's a little strange and off-putting...until you fall in love with him. I mean, he sings and dances and gives warm hugs. Who doesn't love Olaf?