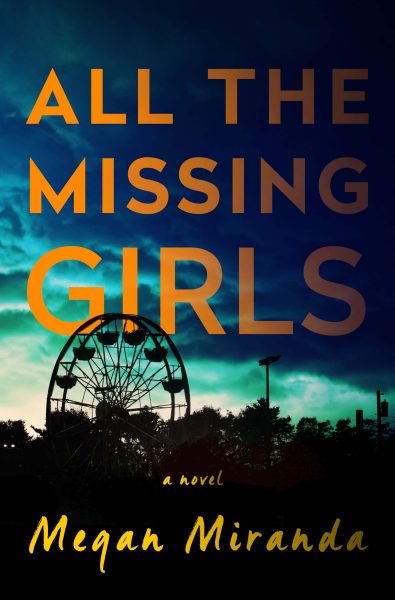 All the Missing Girls

Megan Miranda's debut adult novel is a suspenseful story of murder, mystery, and the inescapable past, set in a suffocating small North Carolina town that keeps its secrets.

Nicolette Farrell left home ten years ago-the summer after high school-following the unsolved disappearance of her best friend Corinne, and the brutal investigation that followed, exposing the darkest parts of them all. She left behind her boyfriend Tyler, her family, her friends, and her past-promising never to look back. Now she’s engaged to a lawyer from Philadelphia and works as a counselor at a private school, miles and years from the person she used to be.
But ten years, and everything fades.

First comes the call from her brother, Daniel, asking for help with their father-now suffering from dementia and living in a rehab facility-and to help sell their abandoned family home. But it’s really the cryptic note that arrives in the mail from her father the same day that has Nic returning home for the summer-to help, yes, but also to find out what secrets her father has been keeping, and what really happened to Corinne that fateful night.

But things feel off as soon as she arrives home: the broken back lock, the pictures missing from the walls, the feeling that someone has been inside their abandoned house. And then, in a state of semi-lucidity, her father tells Nic that she can’t sell the house, and that he saw Corinne-that he knows what happened. But that’s all the information she can get from him.

A day after Nic’s return, history repeats itself when Annaleise Carter, Tyler’s current girlfriend and Nic’s neighbor, disappears, dredging up Corinne’s case once more. Annaleise was last seen walking into the woods behind Nic’s house, just after midnight. But before she disappeared, Annaleise left a message at the police station, hoping to discuss Corinne’s old case. And ten years earlier, Annaleise had been the alibi for Nic, Tyler, and Daniel.

It’s all coming back, and ten years seems just a moment ago. As Nic’s father always said, time is malleable. The distinction between past and present, just an illusion.
Starting on Day 15, telling the story backward, Nic works to unravel the mysteries of what happened to Annaleise two weeks earlier, and the truth about Corinne, ten years before. As she follows time backward, Nic uncovers the secrets and blackmail that have plagued her family, and what’s left of her friends, for years. She discovers the terrible things people have done to each other, but also the beautiful things they will do for each other. And how close the danger truly lies.

Co-agented for film and TV by Flora Hackett at WME