The story of Bella Abzug, the larger-than-life Jewish Congresswoman, activist and leader of the women's movement whose passion and energy - and hats! - had such an impact in the 1970s and right up to today.

Before there were Geri Ferraro, Sarah Palin, and Hilary Clinton, there was Bella Abzug. Battling Bella. Mother Courage. An activist and feminist.

Congresswoman Bella Abzug might not have been the first woman to be elected to the House of Representatives, but she was the first Jewish woman. She was also the first to run on a feminist platform. Her slogan, “A woman’s place is in the House…the House of Representatives”, as well as her fierce support for equality and civil rights, still resonate today. Her flamboyant nature and signature wide-brimmed hats made her unforgettable.

Bella Abzug broke down barriers that we are still fighting for today. In a time when politics have become contentious, when women’s rights are being challenged, when young girls are looking for role models, Battling Bella is a needed inspiration! 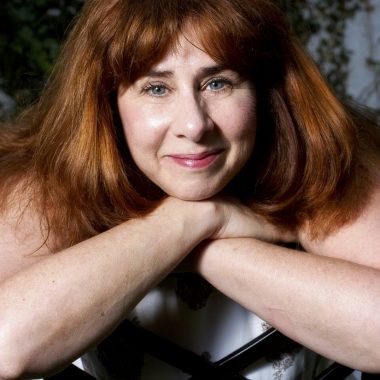 Sarah Aronson is the versatile author of YA novels HEADCASE and BELIEVE. BEYOND LUCKY was her MG debut, and her chapter-book series, THE WISH LIST, is published by Scholastic. Her picture book biography of Rube Goldberg published with Beach Lane in 2018. BRAND NEW BUBBE is forthcoming from Charlesbridge.

Sarah is also a creative writing teacher, and she lives in Illinois with her family.