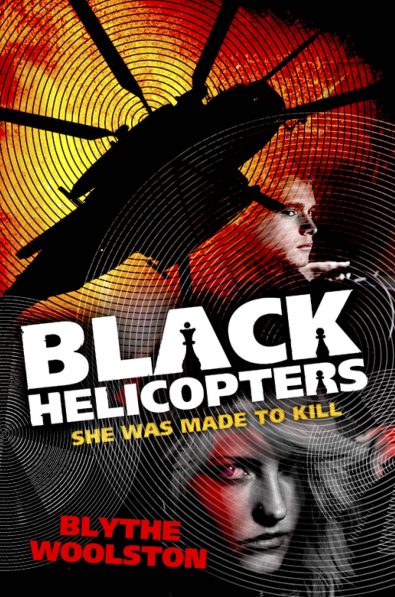 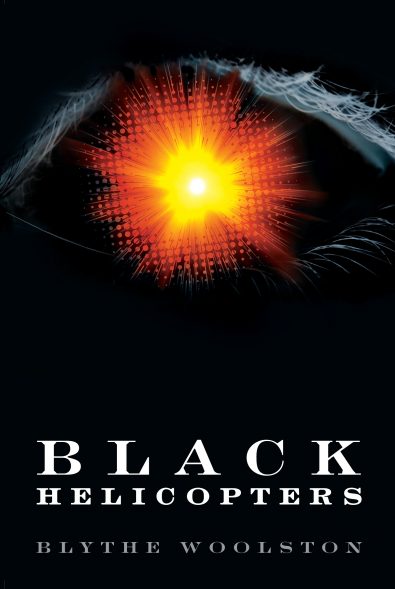 Last night, Valley White celebrated her own funeral. This morning, she strapped on a vest full of explosives and set out to kill and be killed. But her plan has gone explosively wrong, and now Valley needs a driver to salvage her mission. That’s how Eric, age 16, and his little brother, Corbin, become pawns in Valley’s game. They are expendable and completely unprepared to disarm a girl who has been raised to be a weapon and knows exactly why she wants to die.

The Children’s Book Committee considers literary quality and excellence of presentation as well as the potential emotional impact of the books on young readers for their annual list.
http://bankstreet.edu/center-childrens-literature/childrens-book-committee/best-books-year/best-books-year-2014/

The Montana Book Award is an annual award that recognizes literary and/or artistic excellence.http://www.montanabookaward.org/

BLACK HELICOPTERS has been selected by the Junior Library Guild. 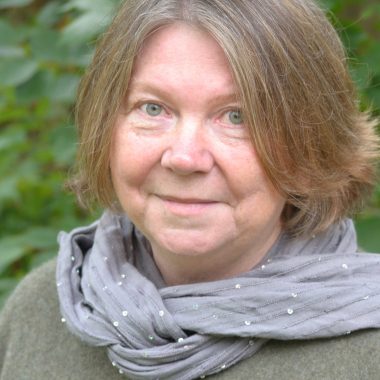 Blythe Woolston learned to read when she was very young. It made her unfit for decent work, but it did prepare her for dumpster diving, collecting library fines, and the harmless drudgery of nonfiction indexing. However, one day when she was desperate for something to read, she started writing and discovered it to be satisfying—like making soup or painting with a two-year-old. Her debut novel, THE FREAK OBSERVER won the 2011 William C. Morris Debut Award, a prize given by YALSA for the best YA book by a first-time author. BLACK HELICOPTERS was a Kirkus Reviews’ Best Teen Books of 2013. MARTIANS, published in 2015, has also received many accolades.

She lives and writes in Montana.
http://blythewoolston.blogspot.com