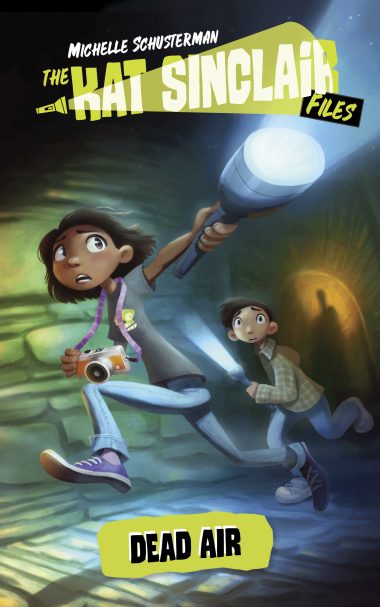 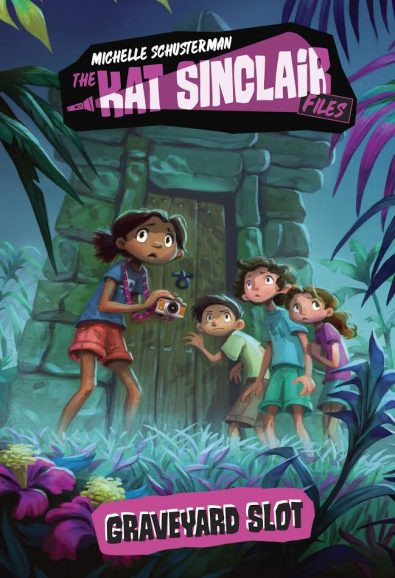 Fun and creepy, this is a fast-paced and addictive new series from the author of I HEART BAND.

When Kat Laskey’s dad tells her his new job is hosting the web show Local Haunts and they’ll be living on the road visiting the world’s most haunted places, Kat packs her bags without a second thought. To keep her Grandma (a self-proclaimed spook-a-holic) and her friends back in Ohio up to date on her adventures, Kat starts her own blog: The Ex-Kat Files, with “a behind the scenes look at the creepiest show on the web.”
But the ghostbusting life isn’t as glamorous as Kat expected. The show has gone through three hosts in three seasons, and it’s on a tight budget thanks to deadly low ratings. Plus, Kat still has to deal with school – and an annoying classmate, the producer’s nephew Oscar Bettencourt. Oscar’s habit of playing pranks that involve scary masks and a lot of screaming is not something she finds amusing.

But Oscar seems to be pretty serious when he tells Kat about the curse. At first, Kat doesn’t believe his stories about why the previous three hosts left the show. But the more she looks into it, the more they sound like classic cases of possession. And her dad is starting to act kind of strange. Even weirder is the fact that The Ex-KatFiles is getting a ton of comments from fans of the show…but one anonymous commenter has some ominous warnings. The more Kat digs, the more she realizes Local Haunts has a dark past all its own. And saving her dad – and the show – means facing the skeletons in all of their closets.