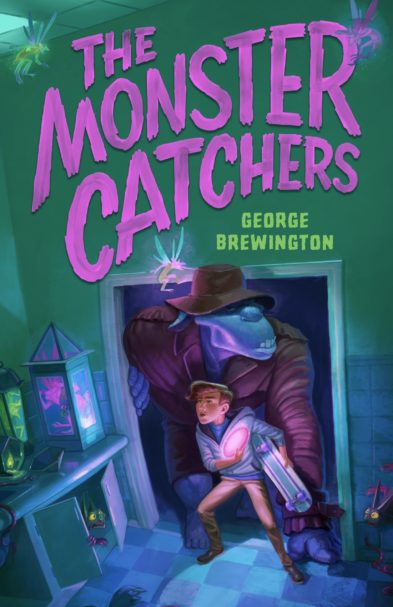 Quirky, funny, and bursting with imagination, a fantasy adventure with heart - and the best monsters in town!

In Whalefat Beach, California, goblins steal headlights, sugar-crazed fairies attack if they smell a whiff of Kool-Aid, and debt-riddled minotaurs (labyrinths are expensive!) are forced to work as mercenaries. Fortunately, eighth-grader Bailey Buckleby and his father can rid your home of whatever monster is troubling you – for the right price. Bailey’s weapon of choice is the Frisbee while his father’s is dynamite, and together they’ve collected a variety of unusual – and valuable – monsters in the secret backroom of Buckleby and Son’s Very Strange Souvenirs.

But Bailey begins to question everything his father has taught him when he learns that his dad has been lying – their pet troll Henry is actually a baby sea giant. The same baby sea giant whose parents trampled San Francisco into rubble seven years ago in an attempt to find him. The same baby sea giant whose arrival may be connected with Bailey’s mother’s mysterious disappearance. Before Bailey can learn the truth, he and his sword-wielding classmate Savannah (possibly herself descended from a Bull Head of the Revolutionary War) are kidnapped by goblins and held as ransom. With his father facing a nasty death at the hands of the criminal mastermind behind all this mayhem, it’s up to Bailey to escape the goblins’ treacherous underground prison, find out what really happened seven years ago, and return Henry to his rightful parents before they can destroy any more of the west coast.

Along the way, Bailey will start to realize a few things about life – and monsters. That not all non-humans are evil and it’s worth trying to understand them. That a harpy might be able to understand English, even if a massive, yellow-eyed  hoop snake should be avoided at all costs. And that you really can fly down a sea giant’s ear canal.

Climb aboard for a wild, fantastic ride that is both massively touching and monstrously hilarious!