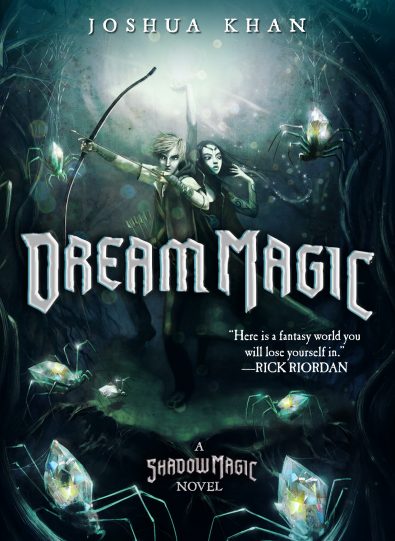 A fabulously exciting sequel to the fantasy adventure SHADOW MAGIC.

People throughout Gehenna are disappearing, even the feared executioner Tyburn. Many of the nobles believe the kidnappings to be the work of the northern trolls, raiding south for the winter, and when Baron Sable and others head off to fight them, Castle Gloom is left guarded by only the squires.
Lily is struggling with her growing necromantic powers. The castle fills with ghosts, drawn like moths to a flame by the brightness of her magic. Zombies roam the country, some left over from those raised in SHADOW MAGIC, others awakened by Lily. Families are troubled by the returning dead, so Lily tries to incorporate them into day-to-day life, much to the resentment of the living.

Then Lily is attacked in her own castle by a mysterious sorcerer known as Dreamweaver, a young man determined to conquer Gehenna using jewel-spiders, strange crystalline creatures whose bite doesn’t kill, but sends victims to sleep. Lily soon discovers that Dreamweaver is harvesting dreams to fuel his magic.

Lily enters the realm of sleep known as the Dream Time, in an attempt to awaken all the captive dreamers. Instead she finds herself trapped within a dream, one where her family is still alive. With the help of Thorn and the ever loyal Hades, she must somehow overcome the evil Dreamweaver by using his own magic against him – and reclaim her kingdom.