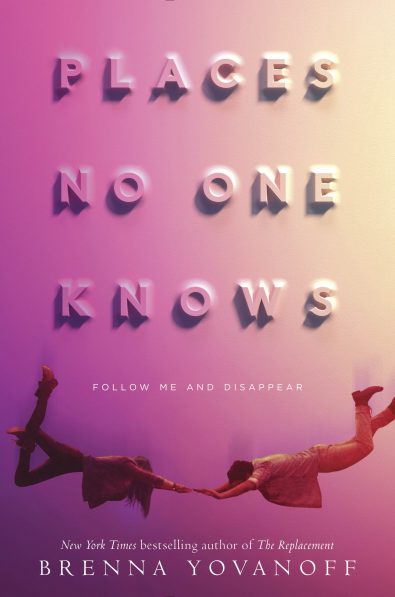 Places No One Knows

A high-achieving girl falls for the most imperfect boy in school through a series of mysterious dreams, which change how she feels about herself, her future, and love.

Waverly Camdenmar doesn’t have friends, she has social assets. She doesn’t get sucked into drama, she makes tactical decisions. Her life is dominated by achievement, competition, and functioning as the power behind the throne in her school’s little kingdom of popularity. But even the most resilient mercenary has weaknesses. Perfection is exhausting, and her longstanding alliance with queen-bee Maribeth rests on a foundation of resentment, anxiety, and a nagging feeling that there must be something beyond student council. Waverly’s name might be at the top of every leader board, but she hasn’t slept in days.
In a last-ditch attempt at relaxation, she finds herself at the center of an inexplicable phenomenon when a harmless counting exercise ends with Waverly materializing in front of one of the school’s most dedicated burn-outs. Marshall is not someone Waverly would ever consider … well, she would just never consider him. His nights are spent indulging in the kind of self-destructive pastimes she can only roll her eyes at. But despite herself, her curiosity is piqued. He sees her—really sees her —and his earnestness and his empathy are strangely affecting.

In these ghostly dreams, Waverly can do what she wants and say what she thinks, without risk or repercussion. Without it meaning anything. As nights pass, however, she begins to understand the nature of relationships, and to question her own daytime machinations. Her encounters with Marshall are growing steadily more intimate. Every new interaction forces her to ask herself how close is too close, and her days are becoming restless, complicated by her silent anger at Maribeth, and her budding friendship with a raucous, enigmatic girl who was never supposed to be anything but Waverly’s latest pygmalion project.

The truth is, it’s hard to be cavalier about hurting people when you know them. When you love them. As her edges begin to fray, Waverly must confront the very real danger of losing Marshall to the rigid image she’s spent so long cultivating, and accept that the only way to keep the people who matter to her is to embrace what it means to be vulnerable.

“Yovanoff offers a multilayered exploration of human connections, particularly those that manifest in unpredictable ways.”

“A brilliant romance that forces its protagonists to explore and accept themselves as they discover one another.”

“A tightly woven, luminously written novel that captures the uncertain nature of high school and the difficult path of self-discovery.”