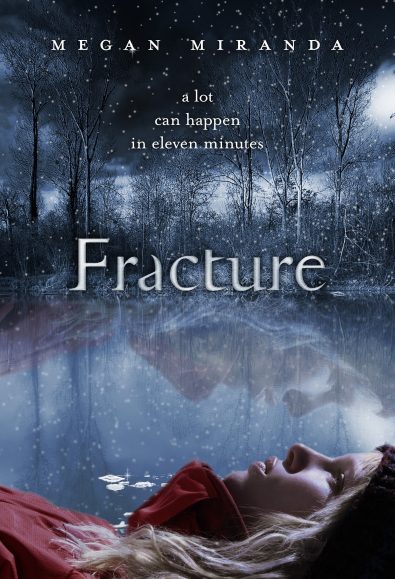 An intelligent, thought-provoking, YA supernatural thriller set in the frigid danger of a Maine winter.

When Delaney Maxwell is pulled out of the icy waters of a Maine lake by her best friend Decker Tom, she is blue and her heart isn’t beating. Everyone know she’s dead. So how could she defy medical precedent and come back – well enough after a few days to look at scans of her own damaged brain. Is she a miracle, a freak of nature – or something much more frightening?

Everyone wants Delaney to be fine, but she knows she’s very far from normal. Pulled by sensations she can’t control, Delaney finds herself drawn to the dying. Is her crazy brain predicting death or causing it? Either way, she has knowledge that no normal human being should ever have, and that knowledge is going to kill her.

Then Delaney meets Troy Varga. Older, assured and sympathetic, Troy lost his whole family in a car crash and emerged from a coma with the same intuitions as Delaney. At last she’s found a kindred spirit who’ll understand the hell she’s going through. But Delaney soon discovers that Troy’s motives aren’t quite what she thought. Who should decide when suffering is too much? Is taking the life of a dying person kind or evil?

Delaney Maxwell is alive, but death won’t be cheated for long. Can she escape that destiny – and can heaven possibly come from the hell that was Falcon Lake? The answer can only lie in one place – love.

“The story explores survivor’s guilt and how a glimpse of death can make you rethink life, but the cool part is the science, how Miranda makes us believe about the power of the mind and human perception.”