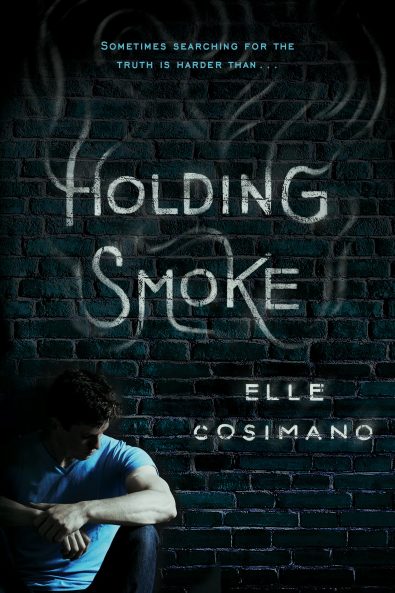 THE SHAWSHANK REDEMPTION meets IF I STAY. This is a stunning, unputdownable thriller by the author of NEARLY GONE.

John “Smoke” Conlan is serving time for two murders – but he wasn’t the one who murdered his English teacher, and he never intended to kill the only other witness to the crime. Homeless and alone, his new life inside a dangerous Denver youth detention center is the only future he can imagine for himself — the only one he’s convinced he deserves. After a near-death experience renders his soul free of his body, Smoke uses his strange new gift to escape the confines of “the Y”, knowing that such freedom comes with a price. Ghostlike, he “travels” the city at night, garnering information about his fellow inmates and bartering it for privileges, never knowing (or caring) how many more trips remain before the fragile threads that bind his body and soul break for good.
Until he meets Pink — a tough, resourceful girl with her own set of baggage and the uncanny ability to see him for what he is and, more importantly, what he could be. With Pink’s help, Smoke uncovers a key to exposing the real killer and clearing his name, as well as his guilty conscience. But the closer they get to the truth, the more deadly their search becomes, and with his physical body stuck behind bars, it will take more than his astral self to save them. With both of their lives on the line, Smoke has to decide how much he’s willing to risk and if he can imagine a future worth fighting for.

Shortlisted for the Bram Stoker Awards 2016 (YA category)