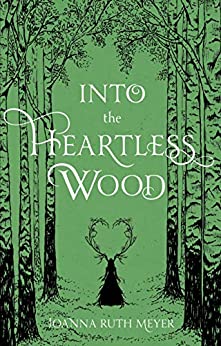 Into the Heartless Wood

A beautifully written, mysterious and evocative novel from a fantasy author with a growing reputation in YA.

All his life, Owen Merrick has lived on the edge of the Gwydden’s Wood while his father charts the stars for the king. Fearful of the Gwydden and her monstrous daughters, the tree sirens, Owen stays clear of the forest, even though he’s haunted by the place his mother was lost.

But when Owen’s toddler sister strays into the wood, Owen goes after her, and finds her at the mercy of the Gwydden’s youngest daughter, Seren. Terrified, Owen begs Seren to let his sister free, and to his surprise, she spares both of their lives.

Having escaped the clutches of a tree siren, Owen should be content, but he’s not. He’s drawn back to the wood, back to Seren, again and again, and he finds himself falling for her.

Born a tree and twisted into a monster by her mother, Seren is desperate to shed her tree siren form. But the stars hold a dangerous curse, and her quest to become human in order to wholly join Owen’s world, will find her caught in the middle of an ancient war raging between the Gwydden and the king.

With the wood marching and the king’s soldiers pressing in, Owen and Seren must find a way to break the Gwydden’s curse, or see everything they hold dear crumble to nothing more than leaves and stars.