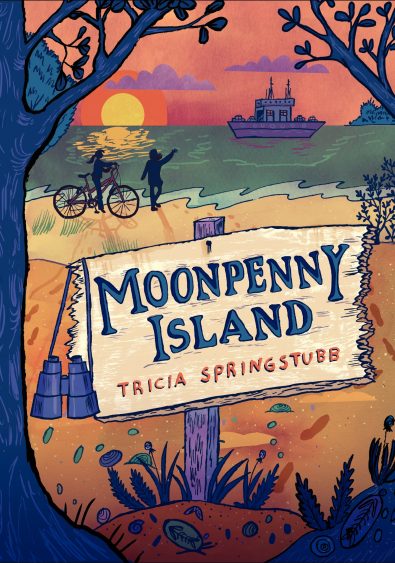 A wonderful story about learning to see—the things right in front of us, the things we never dreamed of. And especially the most powerful feat of all--learning to see through someone else's eyes.

Flor lives on a small island. An island so small that when the summer people leave and the ferries shut down, fewer than two hundred souls live there, and that’s counting Flossie the gangster cat and Minnie the two-legged dog. Flor and her best, perfect friend Sylvie are the only eleven year old humans for watery miles and miles.
But this summer Sylvie shows up at the quarry swimming hole with bruises, and within weeks she’s whisked away to school on the mainland. Without her only friend, Flor’s world shrinks down to her parents, brother and sister. No one else to spare! Except that now Mama, who’s been arguing way too much with Dad, leaves to take care of Lita. When Mama calls, Flor hears the aunts and cousins laughing and talking in the background, and even after Lita gets better, Mama doesn’t come back. Cecilia, Flor’s beautiful and brilliant big sister, doesn’t seem to mind. Free from Mama’s eagle-eye, she can lead her own secret, sneaky life, something hard to pull off in a place as minuscule as Moonpenny.

No man is an island—but apparently eleven year old girls can be. Flor’s never been so alone, until she begins to spend time with Jasper, the most peculiar daughter of a geologist who’s come to Moonpenny to excavate trilobite fossils. Trilobites were humble fellows, but among the very first creatures to develop sight. Evolution, Flor slowly discovers, isn’t always about becoming the biggest and strongest. As her own ability to see her life on this little bump of limestone evolves, she faces some truths that almost make her wish she was blind. Cecilia claims their old life is over, but that can’t be. Your life is always your life, now and forever. Flor may have lost Mama and Sylvie, but she makes a solemn vow not to let her sister get away, too.

“Can eyes still be evolving?” Flor wonders. “Will future humans be able to see stuff we can’t? Like the insides of things.The hidden, secret parts?”

Named to this prestigious list of Best Books in the 9-12 category.

“While exploring familiar themes of the unavoidable changes of adolescence, the novel weaves complex layers of fresh, relatable imagery and charming characterization across education levels, cultures, and generations, beautifully teaching that our shared humanity is one thing that doesn’t change.” 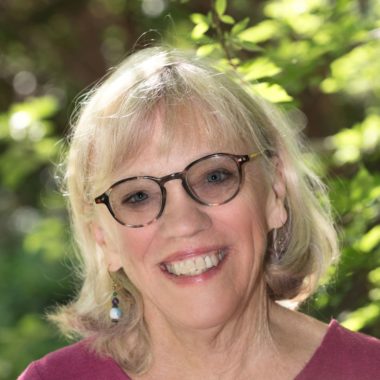