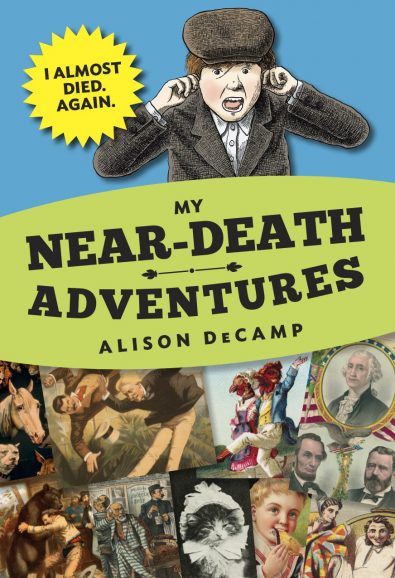 A hilarious sequel to My Near-Death Adventures (99% True!), which Publishers Weekly called “an exuberant first novel”

Fans of Escape from Mr. Lemoncello’s Library and humorous historical fiction will embrace this follow-up to My Near-Death Adventures (99% True!), which Publishers Weekly called an “exuberant first novel.”
It is 1895 Michigan. But now, instead of helping out rough-and-tumble lumberjacks, Stanley Slater (aka Stan the Man) must go to school. And on top of that, he has to look after Cuddy, a younger boy, before and after school.

When his ne’er-do-well father shows up in town, Stan finally has a chance to meet the man he’s dreamed about for so long. Plus, it will give Stan a chance to impress the infamous Captain Slater. (Stan is a whiz at impressing people, he doesn’t mind saying.) But Captain Slater isn’t quite what Stan expected. In fact, Stan isn’t so sure he wants to be like his dad— Captain Slater—at all.