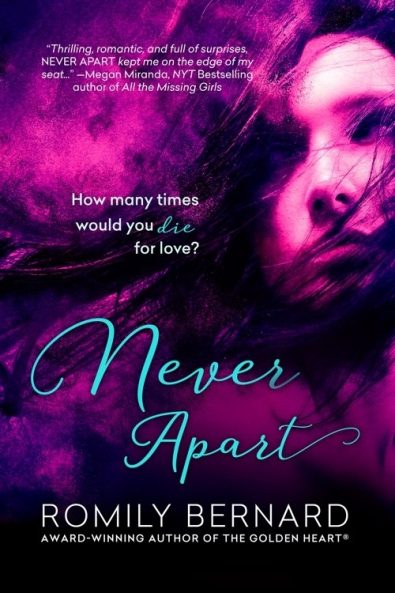 In the vein of IF I STAY and BEFORE I FALL, here is an intriguing and brilliantly plotted new novel from the author of the FIND ME trilogy.

Grace Freeman is ready to die-in fact, she’s done it 41 times. Trouble is, she keeps waking up to the same inescapable nightmare, Falling from parallel world to parallel world.
In every universe, Grace has a different life and a different body. She’s never alone though because Ander Hale is always with her. No matter what Grace looks like or who Ander ends up being, they always find each other. Of course, Finn always finds them too. No matter how far Ander and Grace run, Finn always hunts them down and they always die. A threesome locked together for a terrifying eternity.

Until now. Because during this Fall, Ander doesn’t remember Grace, her family is back together, and her twin brother is alive. But Finn is still there, still coming for them. And this Fall, Grace will have to find a way to stop him alone. But stopping Finn will mean confronting her past, and the harder Grace tries to remember what actually happened before all this began, the more she’s unraveling. What if everything Grace thought was true is made up? What if every memory of the boy she loves never happened? What if Finn is actually trying to save them both? And what if the nightmare is hiding something so much worse . . .