Sword in the Stars 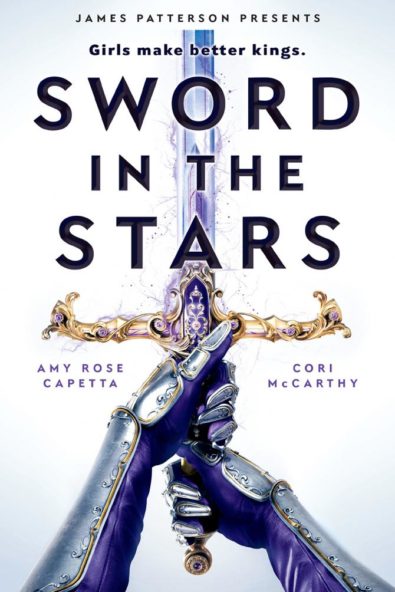 Ari Helix has been an illegal immigrant in the galaxies controlled by the Mercer Company her entire life. On the run with her adoptive brother Kay following their parents’ arrest (for harboring refugee Ari), things couldn’t get worse…until their rugged spaceship crashes on Old Earth and Ari pulls a magic sword from an ancient willow, confirming her fate as the forty-second reincarnation of King Arthur.

Ari’s actions spark to life the well-known Arthurian cycle in a brand new universe—one where a massive corporation is king and anything outside of its reach is illegal. To assist her fate, Ari is accompanied by Merlin. The Merlin. Who awakens in the Crystal Cave and discovers that, having aged backwards over the last forty-one Arthurs, he is now—wretchedly—a teenager, complete with voice cracks and hormones.

ri and Merlin embark on an epic tear across the galaxy to fulfill the needs of the cycle–quests & knights, love & betrayal, magic & power–in the eternal fight to unite humanity against its greatest foe: one another.

B&N Teen Blog: 29 Most Anticipated LGBTQAP YA Books of 2019: Jan-April

“Recommended to fans of Avalon High by Meg Cabot and Damar by Robin McKinley. VERDICT Capetta and McCarthy take the British legend and lore of King Arthur in a retelling that is a must-have for young adult collections.”

“All hail this worthier-than-ever, fresh, and affirming reincarnation of the legendary king and her round table of knights which dazzles with heroic flair, humor, and suspense.”