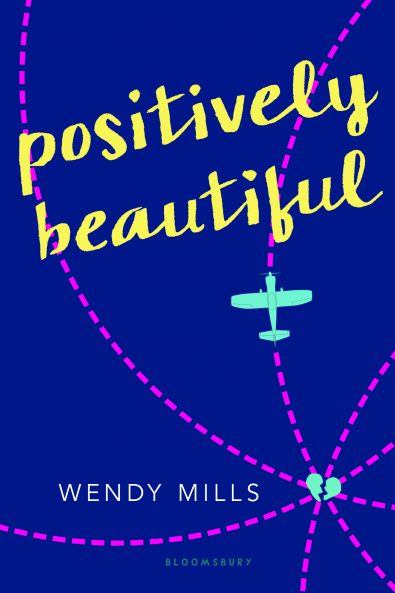 Jodi Picoult for teens meets Lurlene McDaniel. Beautiful written, beautifully moving, a vivid contemporary story of a girl's unusual but terrible dilemma - and the love story that springs from it.

16-year-old Erin is a smart if slightly dorky teenager, her life taken up with her best friend Trina, her major crush on smoky-eyed, unattainable Michael, and fending off Faith, the vision of perfection who’s somehow always had the knife in for Erin. Her dad, a pilot, died when she was very young, but Erin and her mom are just fine on their own.
Then everything changes forever one day after school when Erin’s mom announces she has breast cancer. And there’s even worse news to come. Horrified, Erin discovers that her grandmother’s death from cancer is almost certainly linked, the common denominator a rare gene mutation that makes cancer almost inevitable. And if two generations of women in the family had this mutation, what does that mean for Erin? The chances she’s inherited it are frighteningly high. Would it be better to know now and have major preemptive surgery or spend as much life as she has left in blissful ignorance?

As Erin grapples with her terrible dilemma, her life starts to spiral downwards, alleviated only by the flying lessons she starts taking with grumpy Stew and his little yellow plane, Tweetie Bird. Up in the sky, following in her dad’s footsteps, Erin finds freedom chasing the horizon. Down on the ground it’s a different story, and facing betrayal from Trina, humiliation from Faith, and a world of disappointment with Michael, Erin knows she must discover the truth about herself. Sure enough, she’s positive for the gene that’s slowly killing her mom.

Suddenly, Erin’s life has turned into a nightmare, and the only person she can truly talk to is a girl called Ashley who she meets online. But when, in a moment of madness, Erin flies away with Tweetie Pie to find her new friend, she finds herself on a journey that will take her through not only shock and despair – but ultimately to a new understanding of the true meaning of beauty, meaning, and love.