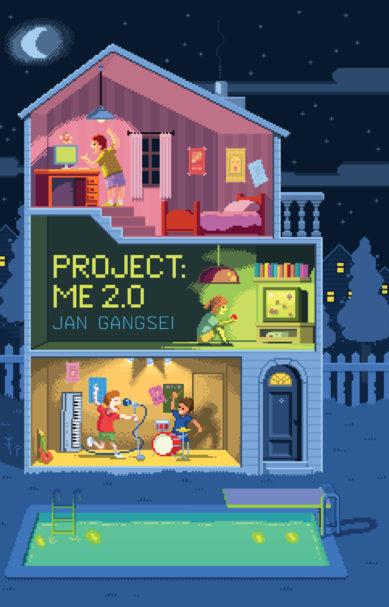 Irrepressibly funny, but with undertones of truth about the painful process of growing up, this is an entertaining standalone novel for both boys and girls.

All class clown Farley Andrew Turner wanted the summer before seventh grade was to give his image a boost: stop being the guy famous for attempting to light his own farts, and start being the “cool” dude like his best friend, Burt. Then, Farley is sure he’ll have a shot at impressing his newly returned to town preschool crush, Anna; and maybe even make his high-achieving dad proud, for once in his life.

But when Farley accidentally manifests a tiny self-help expert into existence, his entire plan goes sideways. Now, in order to rid himself of the 6-inch tall advice-spouting pest hiding in his room (before his parents catch on), Farley must complete all “Seven Steps to a Whole New You!” — no matter how embarrassing they may be. Which is how Farley finds himself outfitted in too-small spandex and suffering through daily jogs with his super-athletic dad, attempting to read Tolstoy, and agreeing to play toy guitar in Burt’s newly formed off-pitch boy band.

Unfortunately, it only goes downhill from there…

But hey, no one ever claimed the path to enlightenment would be easy, did they?