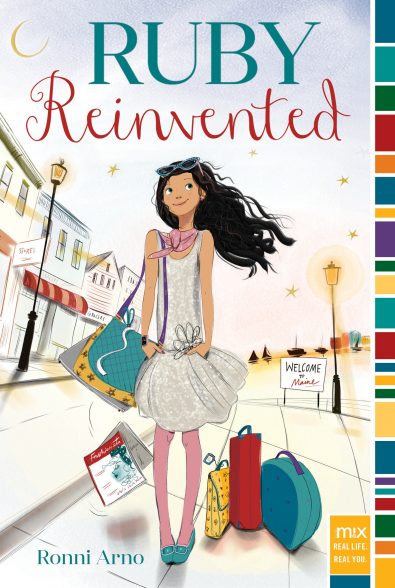 When 12-year-old Ruby learns that her supposed BFFs are only friends with her because her parents are famous celebrities, she finds a place as far from fake and phony Hollywood as she can get: a Maine boarding school.
In her desperation to distance herself from her star-studded parents and the paparazzi who trail them, Ruby tells her new friends that she’s an orphan. She feels awful lying to her weird but wonderful roommate Summer (the first real friend Ruby has ever had), but once you start lying, there really is no easy way out. And anyway, now that nobody’s comparing her to her perfect parents, Ruby can finally let her own talents as a dress designer take center stage.

When Ruby finds herself connecting with a cute boy who really did lose his parents, she’s torn between who she is and who she’s pretending to be. And with Parents’ Weekend approaching, she must find a way to keep her secret – without losing her new best friend, the trust of her first crush, and the chance to shine as the designer of her very own fashion show.

There are stars of all kinds in this smart, thoughtful, yet fun story about courage, families, and finding your own spotlight. Oh, and making really gorgeous dresses.