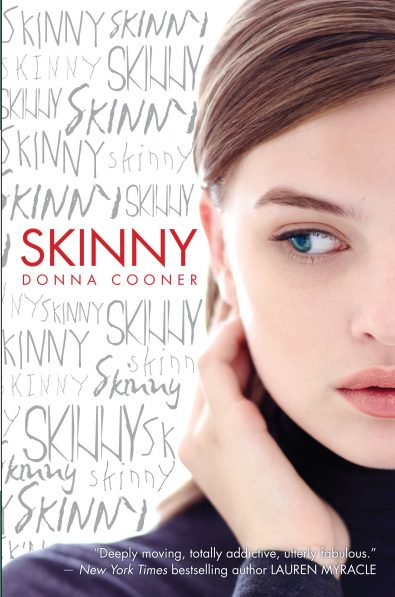 Poignant and charming, inspiring and fascinating – this compelling story of a girl who finally decides to take control of her weight and her destiny will have huge appeal for both girls and women

Ever – named, somewhat ironically, after Cinderella’s ‘happily ever after’ – started putting on weight when her mom died. Now she is fifteen years old, weighs 302 pounds, and hears voices.
The voice that whispers in Ever’s ear is the voice of self-doubt and mockery, and it has a name—Skinny. Skinny’s nasty little whispers tell Ever constantly that she’s ugly, a loser, friendless, and undeserving of love. Especially the love of Jackson Barnett, who once kissed her in the snow all those years ago and whom she’s adored ever since.

But Ever hears another voice too – her own amazing singing voice that no one knows about even though she’s memorized the lyrics of every musical ever written. If Ever is willing to take the chance to radically change her body, maybe she might also find the courage to share that voice with the rest of the world.

With the help of her long-suffering science-geek friend Rat, Ever embarks on the risky, terrifying journey of weight loss ulminating in gastric bypass surgery. But while Ever’s body will gradually change on the outside, she soon finds that changing the fat girl on the inside will prove much harder.

Ever dreams of a simple Happy Ever After. But on the long, confusing road to self-reinvention (or self-discovery?), she soon finds that nothing and no one is quite what she thought – least of all herself. Will Ever’s dreams be a case of Never Ever – as she always feared?