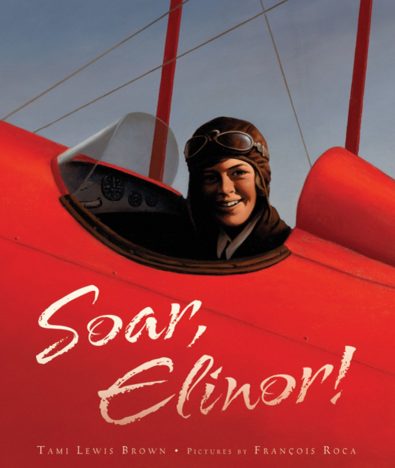 A starred PW review, and a Junior Library Guild Selection, herald this beautifully crafted and illustrated story of Elinor Smith who dreamed of making her living as a professional pilot. But not everyone thought that girls should fly....

Elinor Smith was born to soar. Plucky Elinor Smith was six years old when she first went for a ride in a rickety “flying machine.” At ten, she was taking flying lessons with blocks strapped to the rudder bar so her feet could reach it! By the time she was seventeen, she had become the youngest licensed pilot in the United States, male or female, and earned the respect of famous pilots like Charles Lindbergh.

When male pilots mocked her, Elinor decided to perform an aerial maneuver they thought was impossible. It would take training and preparation. But this aviation pioneer was determined to show that with talent, hard work, and plenty of grit a girl could climb to any heights.

http://www.juniorlibraryguild.com/books/view.dT?isbn=9780374371159
Well done, Tami Lewis Brown, on this selection of your debut picturebook!