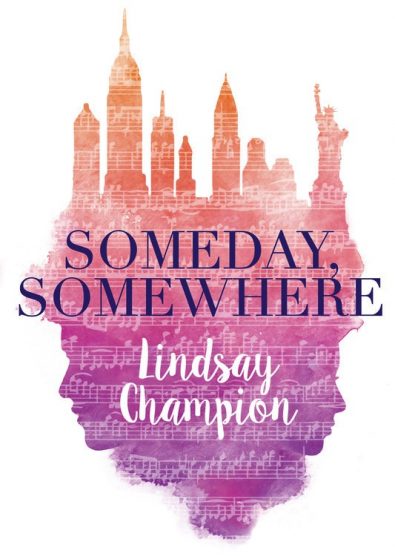 Structured like a violin sonata, told from two perspectives, a story that moves between NYC's classical-music scene and the tougher parts of New Jersey.

Dominique is half-Dominican and from the wrong side of the tracks in Trenton, New Jersey. With an absent dad, a mom who ekes out a living at her failing laundromat, Dominique’s even had to give up dancing – the ticket that could have got her out of there and into something better.

Ben is a musical prodigy from the Upper East Side.  A young violinist whose obsessive, shining talent has landed him a place at prestigious Brighton Conservatory, competing among the best of his generation.

When Dom’s band class is taken to hear a concert at Carnegie Hall, she expects to be bored out of her mind. But then she sees the boy in the front row, playing violin like the world’s most beautiful madman – and she is transfixed. Posing as an NYU student, Dom sneaks back to New York City to track down Ben Tristan, a mesmerizing wunderkind who whisks her out of her limited  life and into a near fantasy world of jazz clubs, opera,  infatuation and possibility. Or could it even be love, as both sees something in the other that  tantalizes and promises to complete them.

As Dom’s web of lies grows –  threatening to engulf her –  so does Ben’s manic need to conquer Beethoven’s stunningly intense Kreutzer Sonata.  Because Ben’s gilded, glorious life, which so seduces Dominique, conceals a much darker truth. And the harsh reality of Dom’s real life means that she is surely the very last person who can help him.

Two teens whose worlds couldn’t be more different – yet whose lives collide, with life-changing consequences.