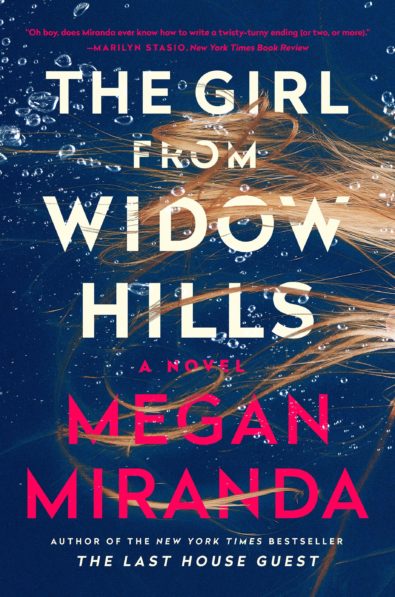 The Girl From Widow Hills

A young woman is plagued by night terrors after a childhood trauma — and wakes one evening to find a corpse at her feet.

Everyone knows the story of “the girl from Widow Hills.” Arden Maynor was just a child when she was swept away while sleepwalking during a terrifying rainstorm and went missing for days. Strangers and friends, neighbors and rescue workers, set up search parties and held vigils, praying for her safe return. Against all odds, she was found, alive, clinging to a storm drain. The girl from Widow Hills was a living miracle. Arden’s mother wrote a book. Fame followed. Fans and fan letters, creeps, and stalkers. And every year, the anniversary. It all became too much. As soon as she was old enough, Arden changed her name and disappeared from the public eye.

Now a young woman living hundreds of miles away, Arden goes by Olivia. She’s managed to stay off the radar for the last few years. But with the twentieth anniversary of her rescue approaching, the media will inevitably renew its interest in Arden. Where is she now? Soon Olivia feels like she’s being watched and begins sleepwalking again, like she did long ago, even waking outside her home. Until late one night she jolts awake in her yard. At her feet is the corpse of a man she knows—from her previous life, as Arden Maynor.

And now, the girl from Widow Hills is about to become the center of the story, once again, in this propulsive page-turner from suspense master Megan Miranda.

Represented for film/TV by Flora Hackett

Debuts at #7 in the bestseller list of the Toronto Star, the Mail and Globe.

5 Books Not to Miss – USA Today

Turn Off Netflix! We’ve Got the 26 Best Books to Read This Summer

Megan Miranda studied Biology and Anthropology at M.I.T. where she won awards in bioengineering. She worked in biotechnology for several years before teaching high-school Science. She is the author of a number of novels for young adults and adults, published by Bloomsbury, Crown (Random House) and Simon & Schuster. Her adult debut, ALL THE MISSING GIRLS, was a top title of 2016 and featured on the New York Times and Publishers Weekly bestseller lists for many weeks, as well as the extended USA Today bestseller list. THE PERFECT STRANGER followed in 2017, and THE LAST HOUSE GUEST also hit the NYT bestseller list in 21019. THE GIRL FROM WIDOW HILLS follows in 2020.

She has a young family and lives in North Carolina.
www.meganmiranda.com