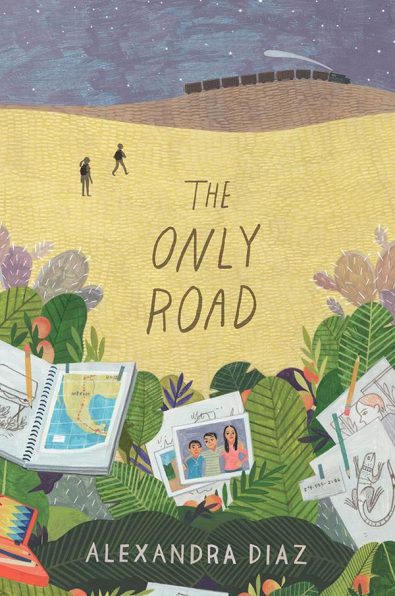 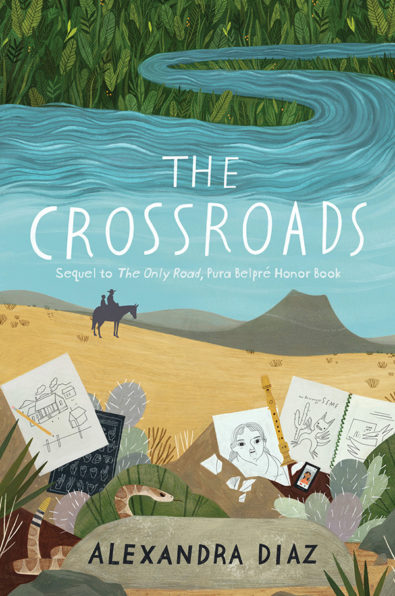 A powerful and timely story of immigrant struggle and the search for home.

Twelve-year-old Jaime makes the treacherous and life-changing journey from his home in Guatemala to live with his older brother in the United States in this “powerful and timely” (Booklist, starred review) middle grade novel.

Jaime is sitting on his bed drawing when he hears a scream. Instantly, he knows: Miguel, his cousin and best friend, is dead.

Everyone in Jaime’s small town in Guatemala knows someone who has been killed by the Alphas, a powerful gang that’s known for violence and drug trafficking. Anyone who refuses to work for them is hurt or killed—like Miguel. With Miguel gone, Jaime fears that he is next. There’s only one choice: accompanied by his cousin Ángela, Jaime must flee his home to live with his older brother in New Mexico.

Inspired by true events, The Only Road is an individual story of a boy who feels that leaving his home and risking everything is his only chance for a better life. The story is “told with heartbreaking honesty,” Booklist raved, and “will bring readers face to face with the harsh realities immigrants go through in the hope of finding a better, safer life, and it will likely cause them to reflect on what it means to be human.”

ALSO AVAILABLE IN A SPANISH-LANGUAGE EDITION AS EL UNICO DESTINO.

Given by Consortium of Latin American Studies Programs (CLASP).

The Illinois’ children’s choice award for students in grades 4-8. http://www.rebeccacaudill.org/

“An important, must-have addition to the growing body of literature with immigrant themes.”

Given by the American Library Association’s Youth Media Awards, the Pura Belpre honors books by Latino/Latina writers which portray and celebrate the Latino community. 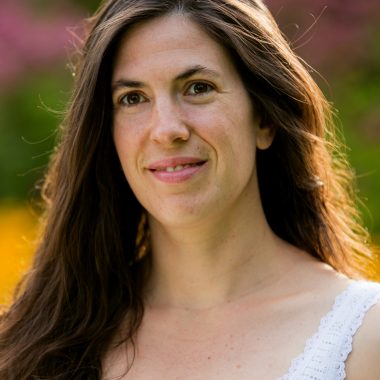 Alexandra Diaz is the award-winning children’s book author of THE ONLY ROAD, its sequel, THE CROSSROADS, and the companion novel, SANTIAGO’S ROAD HOME. THE ONLY ROAD is the recipient of multiple awards, including the Pura Belpré Honor and Américas Award, among others, as well as being on multiple state-wide reading lists. THE CROSSROADS received the Parents’ Choice Silver Award, 1st place in the International Latino Book Awards, and the Southwest Book Award. Her other books include OF ALL THE STUPID THINGS, (an ALA Rainbow List book and New Mexico-Arizona Book Award finalist), for young adults.

An overactive imagination had her making up stories at an early age and led to getting an MA in Writing for Young People from Bath Spa University. The daughter of Cuban refugees, she is a native Spanish speaker and translates her books into Spanish. She currently lives in Santa Fe, NM.