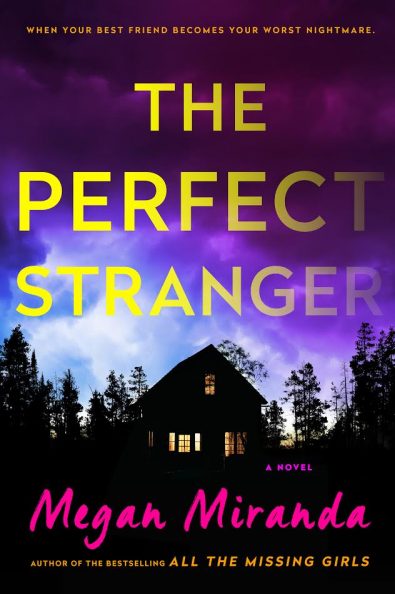 Gripping and atmospheric, this novel defies expectation at every turn and confirms Megan Miranda’s reputation as one of the most exciting new voices in psychological suspense.

Leah Stevens is in desperate need of a fresh start. Once a star reporter, she’s lost her job at a Boston paper and damaged her professional reputation beyond repair.  But salvation arrives when she is unexpectedly reunited with her old roommate, Emmy Grey, the one friend who was always willing to protect and defend her.

Together they relocate to a small town where no one knows about the mistakes Leah has left behind. But an auspicious beginning goes terribly wrong when a woman turns up near dead close to their home, and Emmy goes inexplicably missing.  Unable to find any trace of Emmy, the police begin to question Leah’s credibility—and her possible role in the crime.  Worried for the girl who saved her in her darkest moment, Leah falls back on her investigative skills to track Emmy down—the one person who can clear her name before it’s too late.

Represent for film/TV by Flora Hackette at WME

Megan Miranda studied Biology and Anthropology at M.I.T. where she won awards in bioengineering. She worked in biotechnology for several years before teaching high-school Science. She is the author of a number of novels for young adults and adults, published by Bloomsbury, Crown (Random House) and Simon & Schuster. Her adult debut, ALL THE MISSING GIRLS, was a top title of 2016 and featured on the New York Times and Publishers Weekly bestseller lists for many weeks, as well as the extended USA Today bestseller list. THE PERFECT STRANGER followed in 2017, and THE LAST HOUSE GUEST also hit the NYT bestseller list in 21019. THE GIRL FROM WIDOW HILLS follows in 2020.

She has a young family and lives in North Carolina.
www.meganmiranda.com