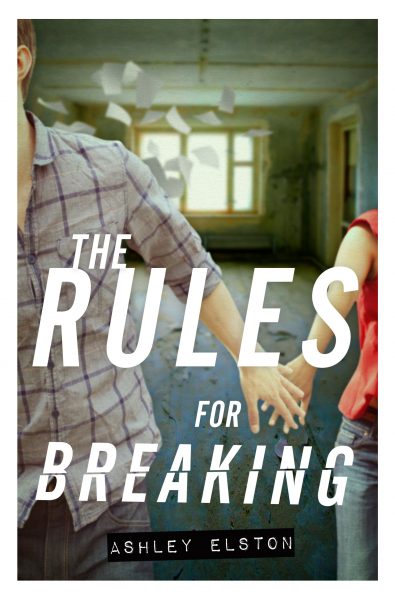 The Rules For Breaking

Ashley Elston's dramatic sequel to THE RULES FOR DISAPPEARING.

Freedom. Anna craved it. And risked her life for it. Celebrated it when it was finally within reach.
But it’s gone. An illusion blown apart with the return of her journal and a single daisy.

Anna wants to push away the threat of Thomas returning to her life , but Ethan doesn’t agree and one phone call lands them both in the place Anna swore she would never visit again – Witness Protection.

It’s not long before Thomas makes his move and suddenly the fight for life is more real than it ever was before. Thomas promises that they will soon be free, but Thomas is a liar. And a cold-blooded killer.

Hidden away in the French Quarter of New Orleans, Anna and Ethan have one chance to end things with Thomas for good. But old secrets and ghosts from her past jeopardize the future and freedom Anna so desperately wants.

Trust a known assassin or kill him? Anna knows there’s really only one choice – and Thomas just cannot be trusted. But will she be strong enough to live with the consequences if she’s wrong?