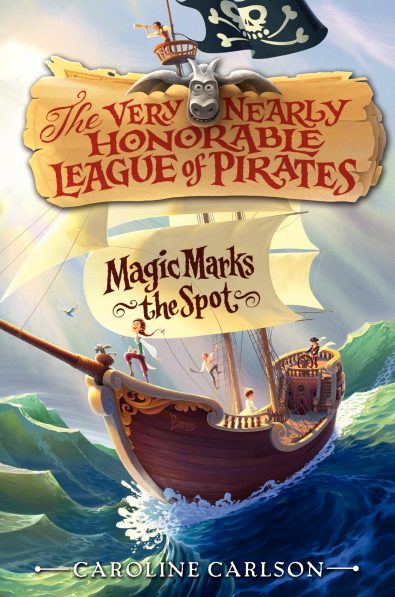 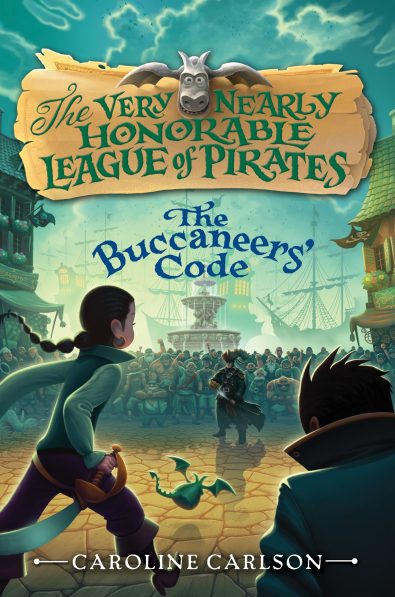 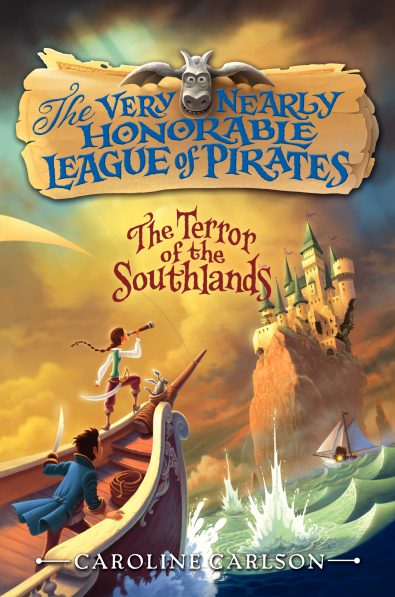 The first wonderfully entertaining story in the hilarious new THE VERY NEARLY HONORABLE LEAGUE OF PIRATES series, where Yo-ho-ho meets magic - with some fabulous results!

Hilary Westfield has always dreamed of being a pirate. She wants nothing more than to sail the High Seas of Augusta in search of magical treasure—and to earn a smidgen of respect from her seafaring father. But the Very Nearly Honorable League of Pirates rejects Hilary’s application because she’s a girl, and her father ships her off to Miss Pimm’s Finishing School for Delicate Ladies instead.

Expected to wear woollen dresses (petticoats not provided) and enthusiastically throw herself into activities such as Viennese Waltzing for the Eager Novice, Miss Pimm’s is every bit as horrid as Hilary feared. However, a true pirate never lets dire circumstances stand in her way, and after a mostly dreadful first week, Hilary escapes and applies for a job with a freelance pirate known as the Terror of the Southlands. He offers her a place on his crew, on one condition: She must find the famous treasure that’s rumored to contain most of the kingdom’s lost magic. But how in the world is a pirate supposed to find treasure when her treasure map is useless and her crew consists of a governess, a spy, a budgerigar – and a gargoyle who enjoys being tickled behind the ears? How should a pirate respond when Miss Pimm pursues her across the High Seas in a ship packed with schoolgirls? Most importantly, what does a pirate do when the nefarious scoundrel who’s also searching for the treasure turns out to be her father?

Hilary is certain of one thing. If she fails to find the treasure, she’ll be sent back to finishing school for good, and she’ll never get to be a pirate. Which means that high adventure lies ahead for Hilary!

The first in THE VERY NEARLY HONORABLE LEAGUE OF PIRATES is a JLG selection!