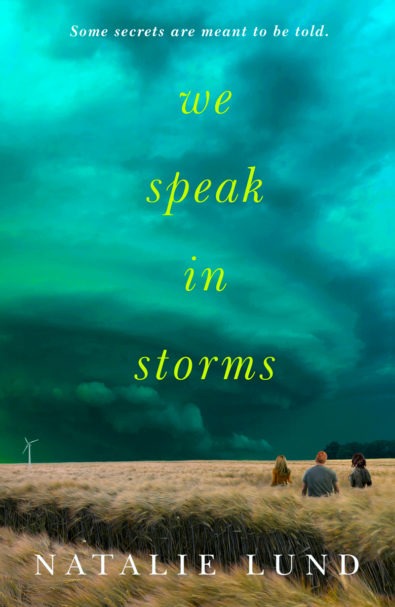 We Speak in Storms

Moving between two timelines, and alternating perspectives between three teens and the collective voice of a town's lost generation, this is a thought-provoking, timely and beautiful story.

On October 7, 1961, a tornado plotted its course for a drive-in, where the teens of Mercer, Illinois were kissing in backseats or sprawled in truck beds with butter-damp boxes of popcorn. Fifty-four died that night. Another fifty made it home but became ghosts anyway, aware how suddenly the world stops spinning.

It’s now October 7, 2015, and another tornado touches ground, this one leaving a battered 1959 Pontiac Catalina and a set of footprints in its wake. Three teen outsiders are drawn to investigate: Callie, who empties herself of food and feelings because her mother is dying; Joshua, who feels invisible after coming out, and Brenna, who lost how she defined herself to a breakup and is left with how others define her—slut, pot head, beaner.

At the scene of the storm, the teens think they hear voices in the dry cornstalks whispering, find them, save them. But why are they the only ones who can hear the murmurs? And why are they being brought together like this when they don’t seem to have anything else in common?

Days later, three strangers appear in town, and the teenagers realize they have the opportunity not only to discover what happened to the battered Pontiac but also to heal their town’s fifty-four-year-old ache – and their own pain. Is time more fluid than we might think? And can those “ghosts” from the past help a new generation, three lost teens, to find a new way forward? 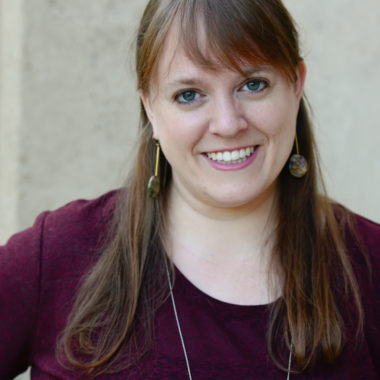 Natalie has an MFA from Purdue, and was formerly fiction editor of Purdue’s literary magazine, The Sycamore Review. She has published short fiction in CutBank, SmokeLong Quarterly, Literary Orphans, and elsewhere. WE SPEAK IN STORMS is her debut novel, and she lives in Chicago.