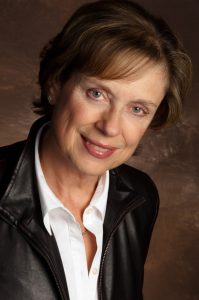 Sarah founded Greenhouse when she moved to Northern Virginia in 2007 after a long career as a UK children’s publisher, working with many internationally celebrated authors. After a decade in the States, she is now back in the UK, but makes regular visits to New York.

As Publishing Director at Macmillan Children’s Books UK (until 2007) Sarah was part of the team that published market-leading authors such as Judy Blume, Philip Pullman, Sharon Creech, Gary Paulsen and Julia Donaldson, and for many years she edited authors as varied as Meg Cabot and Geri Halliwell of the Spice Girls.

Sarah has been an editor most of her life but also has considerable experience in management, contract negotiation, marketing and rights. Many years spent living in both the US and UK have given her an unusually transatlantic view of the children’s books industry, from both sides of the desk.  A member of AALA, Sarah has crossed America and Europe talking about children’s books and writing craft, and she loves to inspire and encourage new authors and share all she has learned about the industry. She says, ‘Everything you need to know about Greenhouse is in its name.’

Creating Greenhouse has been one of the highlights of Sarah’s life and she has fond memories of arriving in the USA with a couple of suitcases, salvaging a desk in the back of a truck, and setting up the agency from scratch in a spare bedroom. The journey of the Greenhouse has been beyond her wildest dreams and taken her thousands of miles. Since 2008, Greenhouse has helped many authors to achieve their life-long wish to be published, with a large number going on to receive starred reviews and awards – culminating in Tae Keller’s Newbery Medal win in 2021. From the smallest deals to the biggest, Sarah never loses sight of what each small step, each success, means to a writer, and the labor of love that goes into every manuscript from the writing of the first word right through to the teamwork that gets a book on to the shelf.

The core of Sarah’s literary tastes lies within middle grade and YA fiction. At the younger end her taste is eclectic. She loves adventurous and funny stories as well as those that are heartfelt, meaningful and voice driven – perhaps with a touch of magic – which perfectly evoke the experience of pre-teen children. In YA fiction she tends to go for fairly high-concept stories (ie where the concept is easily communicable) delivered with voice and a degree of lyricism. It’s the marriage of concept + craft that excites her. Beyond this, Sarah has represented a number of picture books, both fictional and biographies, and has a particular passion for adult suspense fiction aimed at female readers. She’s the lucky agent of New York Times bestselling Megan Miranda and breakout newcomer Elle Cosimano.

Sarah has a sizeable and very productive client list and is therefore closed to new submissions.