It can be a very fine line between ordinary and extraordinary; the submission that stands out, that goes on to achieve a great sale – and the one that just doesn’t quite make it.
I’m thinking a lot about this at the moment as I start preparation on my speech for SCBWI Florida in January. My title is ‘FROM ORDINARY TO EXTRAORDINARY: The art of creating a great saleable story and the craft of teasing out its full potential’. I set myself quite a task there, didn’t I, but it seemed like a strong title several months ago when I came up with it! And when I stop worrying about the preparation and start focusing on what I really want to say, I do think this could cover so many of the issues that new writers in particular want to know.

I’m not going to foreshadow my speech, but let’s just focus in on this idea of ‘standout’. And what better way to do that than by telling you about two great deals which Greenhouse has recently done. The books could hardly be more different and yet they are both pitched at areas of the market that are intensely competitive. Selling a book is a bit like guiding a thread through the eye of a needle – everything has got to align in just the right way, at just the right moment. So what made these particular manuscripts leap out at us – and at publishers?

The two works in question are:

AFTER THE SNOW by S.D. Crockett, in which Julia has just sold world rights to Macmillan – publishing in UK/Commonwealth by Macmillan Children’s Books and in North America by Jean Feiwel’s imprint Feiwel & Friends (Spring 2012). And yes, before you even ask it, it is indeed unusual for us to sell world rights (as opposed to just UK/Comm or North America), but the final Macmillan offer simply blew us out of the water and couldn’t be turned down. Sometimes, especially at auction, unexpected things happen and this was one of those!

The auction for AFTER THE SNOW was big and passionate and we could have sold this book to numerous houses. It is YA and (I am starting to dislike this word because it is so tediously broad brush) dystopian, set in the mountains of Wales during a future Ice Age.

Born after the snows fell, Willo – a 15-year-old ‘straggler’ boy – sets off into the icy wilderness to find his missing family, guided only by the dog spirit he carries in his head. Reluctantly taking with him an abandoned girl, he begins an epic journey to the city – a trek that will bring encounters with outlaws and halfmen, but also betrayal and violence. And yet it will also become for Willo a journey into his first experience of love and a greater understanding of his own and others’ humanity. 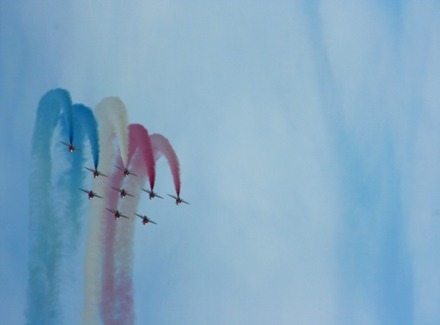 The second work is somewhat different!

Penelope loves to draw pictures. But when the tables turn and her best friend Patsy Cline Roberta Watson draws a picture of her, Penelope suddenly realizes that she has a really, really big nose. Horrified, she discovers that it’s none other than her grandfather’s nose – and there’s not much she can do about it! Setting off to discover the origins of the terrible protuberance, Penelope not only discovers her granddad for the first time, but also finds a way to bring her family together.

What unites these utterly distinct books? Several factors. Biggest of these is:

Willo’s voice in AFTER THE SNOW is extraordinary and enables the reader to get right into his head, seeing the world in a unique way. All the action in the story is filtered through that particular perspective – of a largely uneducated boy, raised in the harshest of environments, yet with a magical/spiritual affinity to dogs.

Penelope Crumb’s voice is fresh, quirky and idiosyncratic, full of great phrases and funny insights. We fall in love with Penelope and her particular view of life and people.

Both Willo and Penelope – though light years apart – win us by the force of their personalities leaping off the page. Their creators don’t TELL, they SHOW everything through their characters.

Willo’s world feels unique. Can you remember a story set in the Welsh mountains – or in an Ice Age? I can’t, and it feels very new. We also really shiver as we read – both from the cold and from anxiety – as the kids make their terrifying journey across the hills. Quite simply, I haven’t read this story before, and editors felt the same.

Penelope’s world is reassuringly real and contemporary. And yet it is peopled by such vivid characters – Patsy Cline, Littie Maple, Terrible the Alien. A world of ‘ordinary’ children, rendered extraordinary because we see their small unique details through the magnifying glass of another child’s perceptions. It is childhood that is being captured here and that feels disarming and ‘true’.

Obvious, given my comments above, but I wanted to pull that out. Both stories have a very strong sense of place and time about them.

Again, perhaps that’s obvious in AFTER THE SNOW where the big issues are survival, danger, revelation. Is there a future – and what manner of future?

But the stakes are also high in PENELOPE CRUMB – because we really care about this girl and her family. Will she have the opportunity for a relationship with the grandfather she’s only just discovered? Can her damaged family be repaired?

That may sound a stupidly self-evident word to use, but it’s worth saying that both these authors – S.D. Crockett and Shawn Stout – are quality writers. They pay huge attention to detail, they focus precisely and powerfully on language, and they work with a strong ‘intention’ of what they want to achieve. They are also telling stories that are all their own, rather than feeling derivative. That vision comes across as something fresh and exciting.

This is of necessity a very brief look at the idea of ‘standout’ and how to achieve it, but I hope there are some kernels to take away. Summing it up, what you need to start with is a unique idea – and that idea must encompass not only the basics of genre and plot, but also a unique sense of a particular place/moment in time – something you strongly want to ‘say’ about the world and your characters. Uniqueness is FABULOUS!

When you have that, focus on finding that special voice with which to tell your story. It may be a highly distinct voice or it may be the voice of an ‘ordinary’ teenager or child. Whatever, it will ideally be a voice that truly convinces the reader that your protagonist is a living, breathing PERSON whose world is compellingly real.

Good luck. And I hope you enjoy the photos on this post, which all evoke images of quality – in very contrasting ways. As contrasting as the extraordinarily different, altogether extraordinary, stories of AFTER THE SNOW and PENELOPE CRUMB, NOSE DETECTIVE.
Enjoy the run up to the Holidays and see you soon! 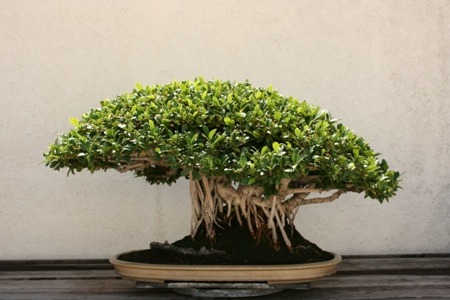